Application of Beijing Central Axis as World Heritage Site gets ahead, promoting conservation of historical city 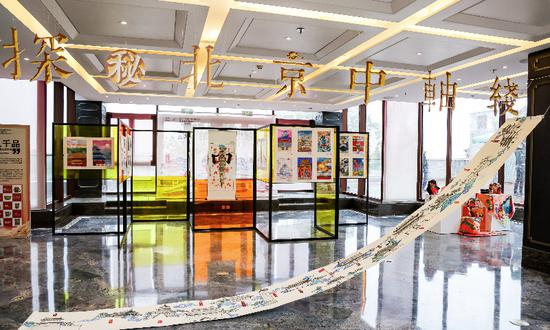 The application process for the Beijing Central Axis, orthe core area of the historical city, to become a World Heritage Site has further advanced: the central axis will be part of China's 2024 application project, as announced by authorities on Sunday.

The Beijing Central Axis, seen as one of the most important representations of Chinese civilization, refers to the core area of the ancient capital city that stretches 7.8 kilometers from the Yongding Gate in the south to the Bell Tower and Drum Tower in the north. This area tells the stories of the emperors from the Yuan Dynasty (1279-1368) to the Qing Dynasty (1644-1911), as well as records the lives of both popular figures and  common people.

Li Qun, head of China’s National Cultural Heritage Administration, announced at the Dialogue on Conservation of World Heritage and Historic Cities held in Beijing on Sunday, that the central axis will be officially listed as an application item for the title of World Heritage Site in 2024, after a series of research and discussions.

When talking about the decision, Lü Zhou, vice president of the Chinese Commission for the International Council on Monuments and Sites, told the Global Times that members joining in the application work feel both excited and pressed for time,  as there are still many preparations waiting to be completed.

Lü said that to ensure the application can successfully be submitted in 2024, they need to hand the application materials and texts as of February 2023. “The preparation of the texts is in the final stage of polishing and translation,” he noted.

In 2020, the Beijing municipal government passed a three-year action plan for the application of the Beijing Central Axis as a World Heritage Site, which includes more than 40 preparation projects such as protecting cultural relics, improving environment and managing illegal buildings.

Lü added that all the preparations can be completed as of June 2023, allowing the Beijing Central Axis to better meet the standards of the World Heritage Site.

The exchange in which Lü took part, involved more than 20 domestic and foreign experts discussing about the conservation of historical cities and their cultural relics. This dialogue took place in the context of the 40th anniversary of the Chinese historic cultural city system and the 50th anniversary of UNESCO’s adoption of the Convention Concerning the Protection of the World Cultural and Natural Heritage.

Diverse methods to advance the application have been carried out, including digital technologies.

A mobile application has been launched since Sunday and users can scan the QR code on sites along the central axis through the mobile APP to experience the scenery both as it is now and how it was hundreds of years ago, as well as listen to interesting stories about the central axis.

Lazare Elondou Assomo, director of the World Heritage Center of the UNESCO, participated tothe event via video and pointed  out that Beijing alone, as the home of many exceptional sites, boasts 7 sites of Outstanding Universal Value inscribed on the World Heritage List, most of them located in the historic centre of the city.