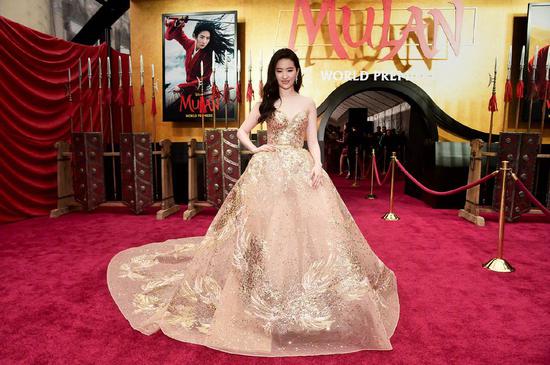 Niki Caro, director of Disney's China-based female hero film "Mulan," voiced her hope that the heroine's "fighting spirit" would inspire the world at "this difficult time" marked by the spread of COVID-19 during the film's world premiere in Los Angeles Monday evening.

Based on the legend of an ancient Chinese heroine, Hua Mulan, "Mulan" is a live action adaptation of Disney's 1998 animated film of the same name.

Mulan, according to folk legend, lived during a tumultuous era of the Chinese history more than 1,400 years ago. She disguised herself as a man to serve in the army in place of her aged father and fight for the country.

"Our wonderful journey with Mulan started four years ago. During the preparation and production of the film, we spent a great deal of time in China. This film is not only a celebration of its rich culture and history, but also of its people," Caro told the audience at the Dolby Theatre.

"And at this difficult time, we hope that Mulan's fighting spirit will continue to inspire around the world," she noted. 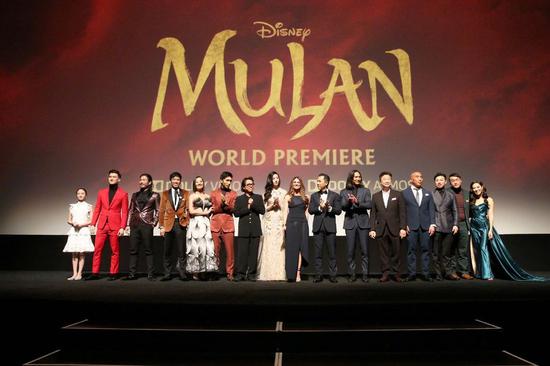 "Our thoughts and prayers are with everyone in China, and around the world who are affected by the coronavirus outbreak. And our deepest respect to everyone working so hard to battle the disease -- you are a living testament to Mulan, and you bring honor to us all," she added.

Directed by Caro, the movie stars Liu Yifei as the title role following a year-long global casting, with Gong Li as a powerful and dangerous witch, Donnie Yen as an army commander, and Jet Li as the emperor of China. The cast of the movie, including Liu, Li, Yen, and other stars, such as Christina Aguilera who has recorded two songs for the film, attended the world premiere.

Although the outbreak of COVID-19 is affecting Hollywood and the global film industry, forcing theaters to be shut down and some major events to be canceled, Disney is going to release "Mulan" on schedule. The movie is expected to bring in at least 85 million U.S. dollars in its opening weekend in the United States later this month.