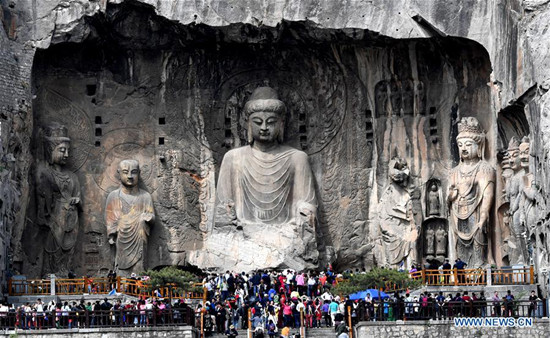 The bi-weekly consultation session was chaired by Wang Yang, chairman of the 13th National Committee of the Chinese People's Political Consultative Conference (CPPCC).

Noting that such places are important for fostering cultural confidence and identity among the public, Wang called on the political advisors to make suggestions.

He stressed that protection should be responsible, prioritized and reasonable.

A total of 15 political advisors and scholars made suggestions at the session.

They also pointed out that the protection is imbalanced and insufficient.

Some noted that protection requires long-term commitment and participation from the whole of society. Some suggested changes to the law.

They also stressed greater policy and financial support and better recruitment of staff.