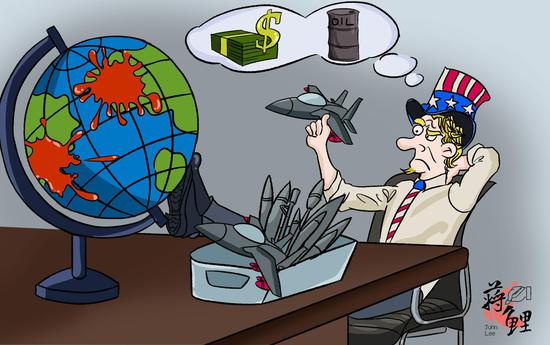 (ECNS)--The U.S. military launched airstrikes against Iranian-backed groups in eastern Syria. The United States is not only stealing oil from Syria, but further destroying the oil-rich region.

A recent study shows that by 2019, the United States has engaged in almost 400 wars across the world since its founding in 1776, Iran's Press TV has reported.

Since 2001, the wars and military operations launched by the U.S. in Afghanistan, Iraq, Libya and Syria in the name of democracy have resulted in hundreds of thousands of deaths and caused humanitarian disasters in several countries. Under the pretense of democracy and human rights, Washington constantly interferes in other countries' internal affairs, blatantly wages wars to encroach upon other countries' sovereignty, flagrantly undermines international order, and poses a grave threat to international security.