Comicomment: The U.S. does not care about the truth at all 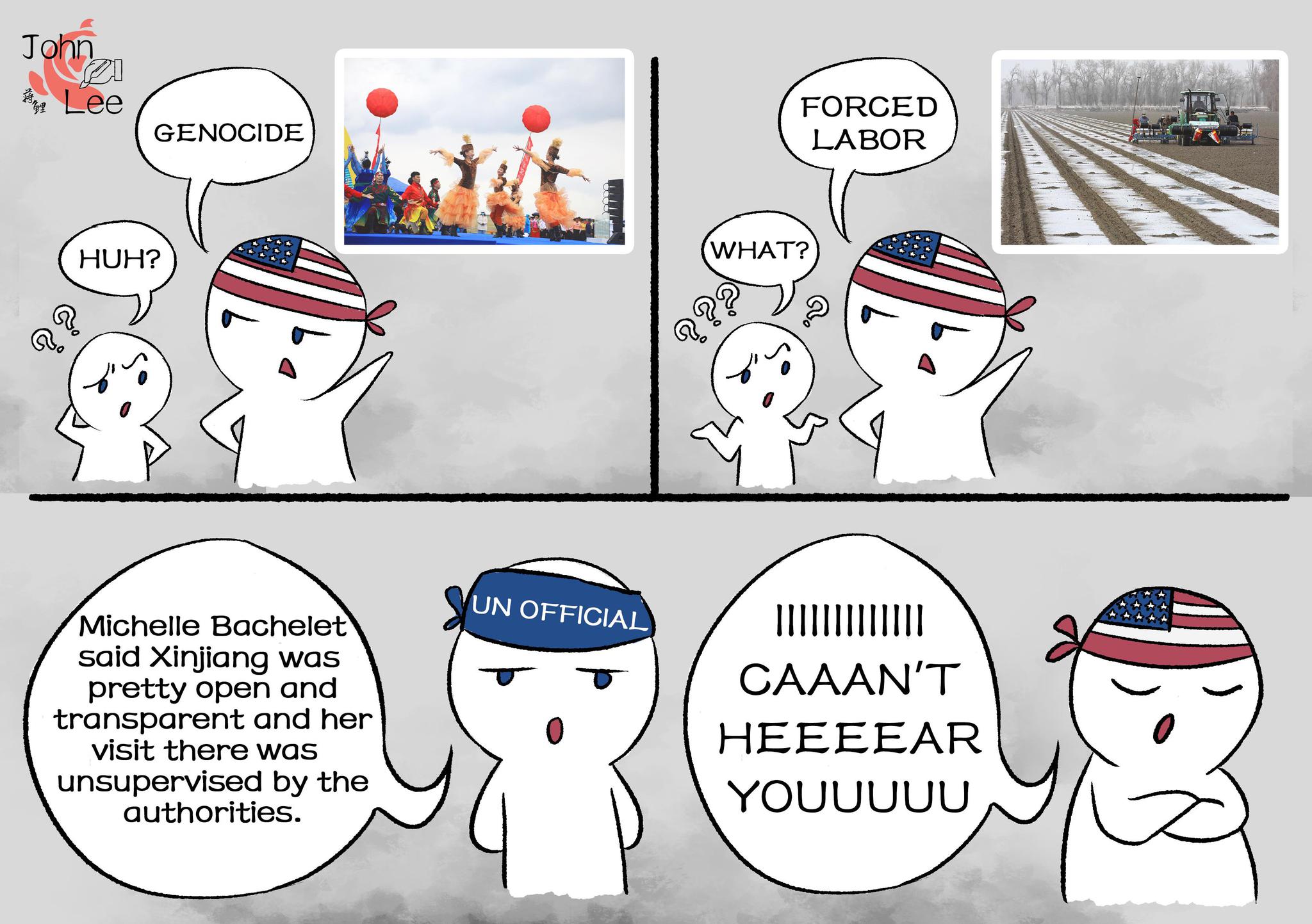 All lies and rumors related to Xinjiang have fallen apart in front of facts and truth. But as the saying goes, “You cannot wake up someone who is only pretending to be asleep.” Turning a blind eye and a deaf ear to the facts and truth about Xinjiang, the U.S. rehashed the false claims that had already been debunked countless times in an attempt to smear and attack China. Ridiculously, this time they made up new lies that China has restricted and manipulated the visit.

It is the one and the same U.S. that was most vocal about the High Commissioner’s visit to China at first, imposed various kinds of conditions for the agreed visit, and ultimately attacked and slandered the visit after it was made. This once again proves that the U.S. does not care about human rights conditions whatsoever. What it really wants is to use human rights as a pretext to constantly denigrate China and hold it down. Such hypocrisy and political scheme of the U.S. has long been seen through by the whole world. (John Lee)