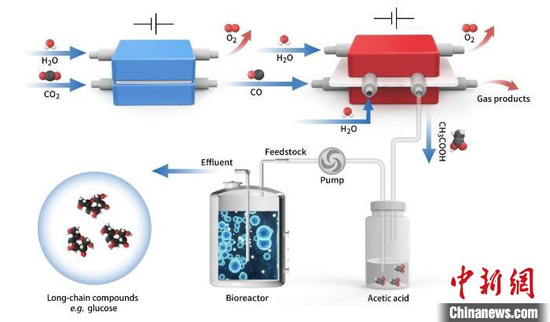 The paper was published in Nature-Catalysis on Thursday.

The research provides a new method for synthesizing "food" in an artificial or semi-artificial way, said Li Can, an academician of Chinese Academy of Sciences.