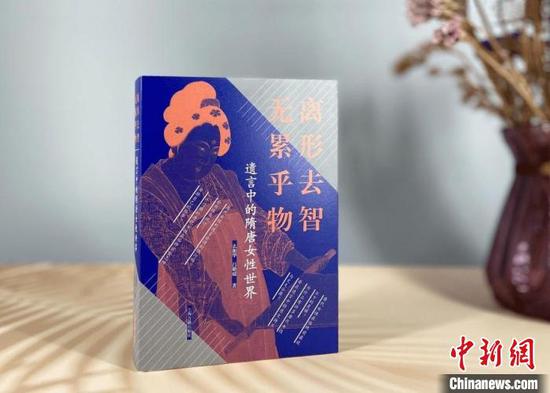 Yao Zhenhua, an associate professor from the School of History and Culture, Lanzhou University wrote a book about the last words of ancient women. (Photo provided to China News Service)

(ECNS) -- A Chinese scholar has collected a total 236 pieces of last words spoken by ancient women of the Sui and Tang dynasties (581-907), trying to make up for the lack of history on both eras.

Yao Zhenhua, an associate professor from the School of History and Culture, Lanzhou University researched vast historical materials and visited major museums in Xi'an of northwest China's Shaanxi Province and Luoyang of central China's Henan Province where many Tang dynasty epitaphs were unearthed.

The last words from females of various strata, for example, imperial concubines, sex workers and servants, were separated from 700 pieces of last words related to the Sui and Tang by Yao.

The scholar has classified these last words by region and analyzed their characteristics. She has further discussed the influence of identity, family, religion and marriage on these last words.

She found that compared with males who focused on the long-term development of both their personal families and countries, females often cared more about their children’s marriage and families before leaving the world, for example, expressing pity that they cannot see their children’s weddings while regretting that they failed to fulfill their filial duty to their parents and elders.

“It is obvious that women had high social positions in the Sui and Tang dynasties,” said Yao, adding that their last words are of great significance to history.

According to their last words, these females were more rational than males before passing away, said Yao. Many Tang females were very calm when facing death, which may be ascribed to the open social background and prevalence of religions such as Buddhism, Yao added.

Females of the Tang Dynasty paid much attention to personal happiness while the practice of free marriage was largely preserved.

“We may consciously avoid some regrets and try harder to reach our goals while we are still alive if we knew the last words of ancient people,” said Yao.