(ECNS) -- A female NPC deputy from southwest China's Guizhou Province shared a gift with other female deputies to celebrate International Women's Day on the sidelines of the fifth session of the 13th National People's Congress (NPC) in Beijing on Tuesday.

"This is a six-meter-long embroidery with five colors including red, yellow, blue, black and white," said Shi Liping while introducing her gift as she unfolded it. "It features the Chinese characters of 'Together for a Shared Future' and 56 butterflies."

"It's six meters long because six represents auspiciousness and my hope that China will be stronger in the future," explained Shi, "56 butterflies symbolize different deputies like us."

"Since October 2021, nine embroiderers, including me, have spent 100 days preparing it," added Shi, in charge of a tourism product development company in Guizhou Province. 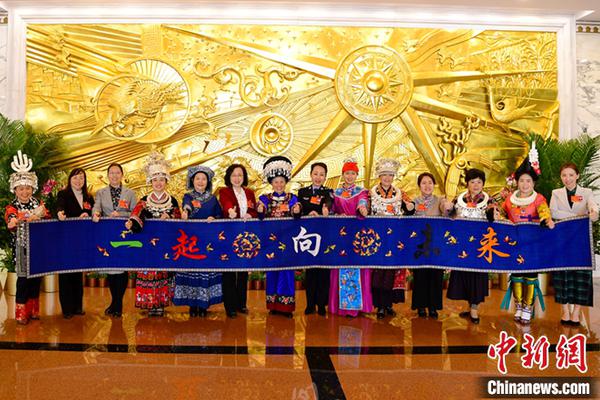