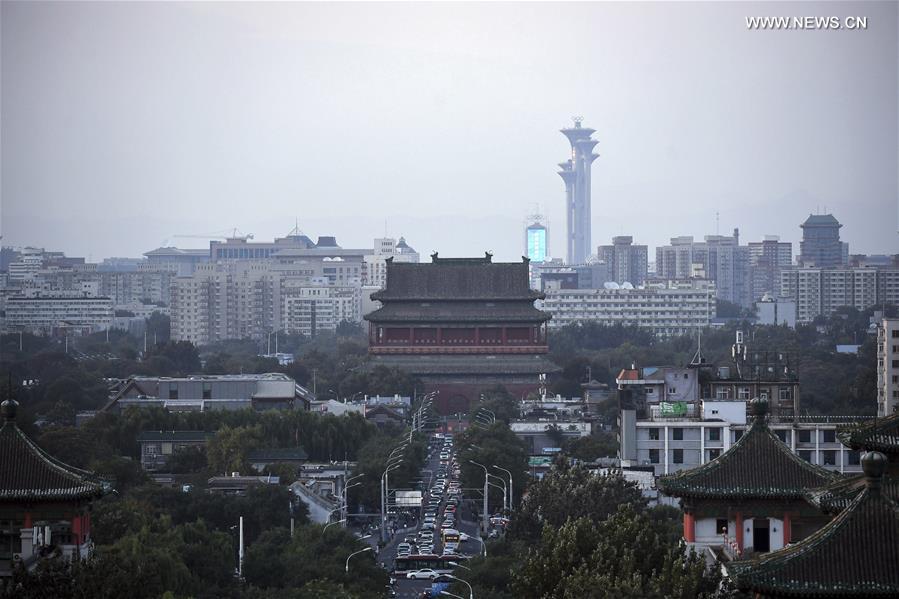 Photo taken on Sept. 4, 2020 shows the view along the central axis of Beijing, capital of China. The 2020 China International Fair for Trade in Services (CIFTIS) runs on Sept. 4-9 in Beijing. (Photo/Xinhua)

(ECNS) -- Promotion of the Beijing Central Axis as a world heritage site has entered the final stage. The Central Axis, which stretches7.8 kilometers, has seen the development of the city's culture.

There are three world heritage sites along the Central Axis, which include a group of buildings and city space where streets and squares have formed a unique and magnificent cityscape with ancient and modern architecture intertwined during over 700 years' development, Shan Jixiang, former director of the Palace Museum, said on Tuesday.

"The Central Axis is more than a material relic, it is also the continuation of the traditional Chinese citylayout concept," said Shan.

"It is a living heritage that extends to the south and north, leading Beijing to the future," Shan added.

Beijing has been promoting the restoration of key cultural relics and historical buildings along the Central Axis, trying to improve the environment and the cityscape of the old area of Beijing, according to Lu Zhou, the director of National Heritage Center, Tsinghua University.

Restoration of a series of cultural relics and ancient architecture including the Bell Tower and Arrow Tower of Zhengyang Gate, and the renovation of Dianmenwai Street have been finished.

Lu believes the promotion of the Beijing Central Axis as a world heritage site would better protect the old area of Beijing, tell China’s story to the world, improve the living environment of citizens and make future innovations in city development.

The Central Axis refers to the axis between the east and west parts of Beijing, which runs from Yongding Gate in the south to Bell Tower and Drum Tower in the north.

The promotion of the Beijing Central Axis as a world heritage site began in 2011.