Existence of CO2 cold traps on the moon confirmed

(ECNS) -- American scientists first confirmed the existence of carbon dioxide (CO2) cold traps on the moon after decades of study, according to a report on Phys.org, an online science and technology news aggregator.

Though CO2 cold traps are not evidence of the existence of solid CO2 on the moon, the findings may have a significant influence on future lunar missions, enabling robots or even human beings to permanently live on the moon. 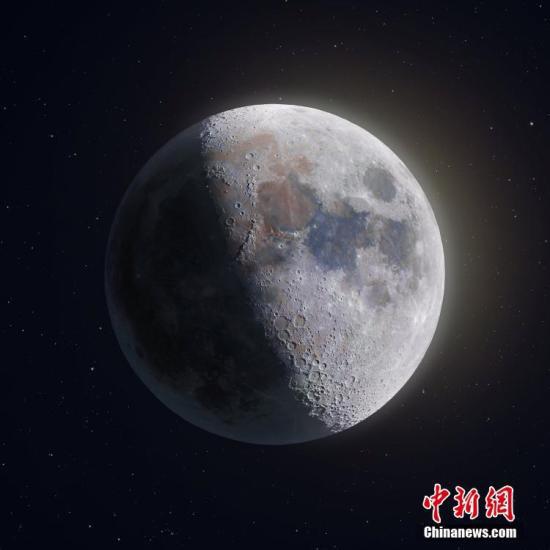 There's still much to explore about the moon. (Photo: Vision China Group)

The total area of CO2 cold traps in the south polar region of the moon is 204 square kilometers, among which the largest one resides on the floor of Amundsen Crater. Temperatures in these areas never exceed minus 231 degrees Celsius.

In the future, robots and human beings that land on the moon can utilize the frozen CO2 in the cold traps to generate steel, rocket fuel, and biomaterials.