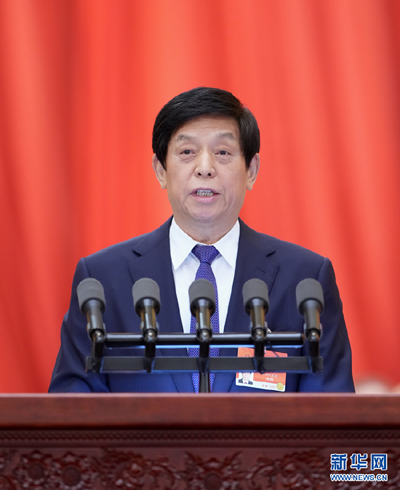 The following are some key points from the work report:

China's top legislature will make a decision on improving the electoral system of the Hong Kong Special Administrative Region (HKSAR) during its ongoing annual session.

On formulating some laws

China's top legislature will formulate some laws in 2021, including a personal information protection law, a law on activities and environmental protection in Antarctica, and a land border law.

On revising some laws

China's top legislature will revise the Company Law and the Enterprise Bankruptcy Law in 2021 to develop a modern economic system,the Anti-Monopoly Law, and the Law on Scientific and Technological Progress.

On oversight of state-owned asset management

The following are some key points of work reports of SPP and SPC:

On cracking down upon financial crimes and offences

China's judicial and procuratorial organs stepped up efforts in 2020 to crack down upon financial crimes and offences to provide legal guarantees for the finance sector.

A total of 22,000 cases of embezzlement, bribery and dereliction of duty involving 26,000 people were concluded in 2020

Twelve former Chinese officials at the provincial or ministerial level were prosecuted in 2020.