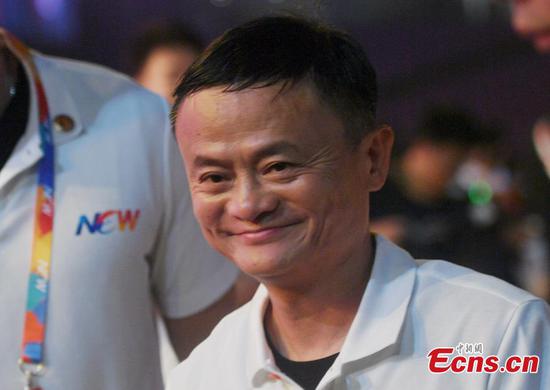 (ECNS) -- Jack Ma, who recently resigned as chairman of e-commerce giant Alibaba, which he co-founded, topped the list of Fortune China’s Rich List 2019, with a wealth of 270.1 billion yuan ($38.2 billion).

He was followed by Tencent CEO Huateng Pony Ma, with a fortune worth 254.55 billion yuan, and Evergrande Group Chairman Hui Ka Yan, worth an estimated 195.86 billion yuan. Their ranks are unchanged from last year.

The total wealth of the 400 members of the China Rich List rose by more than a fifth from a year ago, to 9.12 trillion yuan. More than half of those listed saw their fortunes climb in the past year, while a quarter saw their fortunes fall.

Amid rising spending on healthcare in China, business leaders in pharmaceutical and healthcare sectors also reported more wealth. Sun Piaoyang, the chairman of Jiangsu Hengrui Medicine, and his wife Zhong Huijuan together moved up to the fourth spot on the list with a fortune of 182.43 billion.