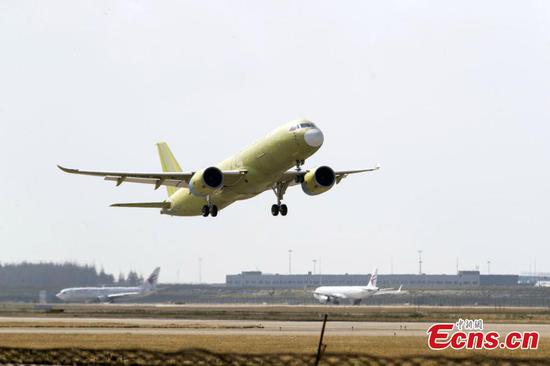 The plane took off from Pudong International Airport in Shanghai at 10 am and underwent various inspections and system checks during the flight lasting one hour and 37 minutes.

The previous four prototypes took off from bases in Yanliang, Dongying, Nanchang and Shanghai to test characteristics such as power systems and avionics.

The flight tests are a key verification phase for an aircraft to validate its design and performance, especially its safety.