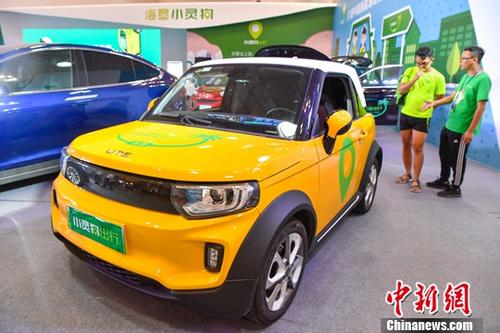 (ECNS) - Nearly 360,000 applicants are waiting for new-energy car license plates in Beijing, while the number of those applying for conventional car plates has reached 2.96 million, according to official data.

By Aug. 8, a total of 359,835 people had applied to have plates for new-energy cars, while 8,643 organizations including enterprises and institutions requested 12,415 plates. More than 60,000 organizations have applied for 98,663 license plates for gasoline-powered cars.

This year, the new-energy vehicle quota has already been reached.

That means if the current annual quota remains the same, some applicants will have to wait until 2025 to receive a plate.

Beijing is one of several Chinese cities that strictly limit the number of car license plates for both conventional and new-energy vehicles via lottery-like online registry.

Car registration authorities in the capital said winning applicants will be announced on Aug. 25 following review.