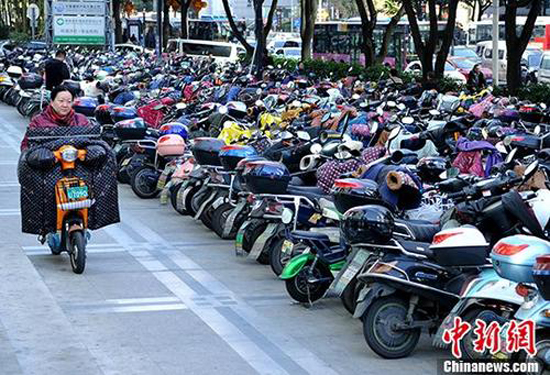 (ECNS) - Electric bikes without a licence will be forbidden to hit the road in Beijing as the city plans to implement a license system, according to a draft rule now under review by the city’s law-making authorities.

Riders will need a license and a plate number to use an electric bicycle on the city’s roads. E-bikes that fail to meet these standards but are already in use have three years before they are totally phased off the streets.

Electric bikes not in the catalogue will be banned from sale or registration in the capital.

The planned regulation sets a maximum speed of 15 kilometers per hour for electric bikes and forbids charging in places that affect safety such as stairwells and passageways in residential buildings.

The regulation also sets requirements for companies that provide sharable e-bikes. They face fines between 5,000 yuan ($778) and 30,000 yuan for violating traffic rules. Users also face a fine from 20 yuan to 50 yuan if they park an e-bike in the wrong place.

Beijing will ban the production and sale of motorcycles, power-driven tricycles or four-wheelers that don’t fit national standards through legislation.