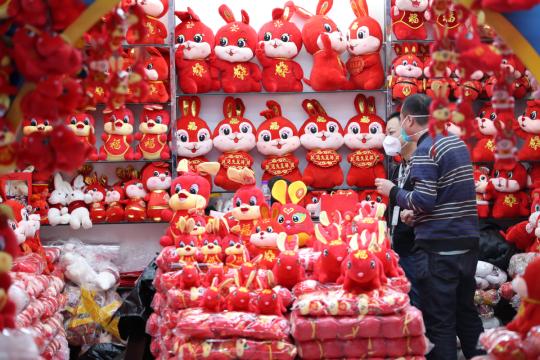 On the eve of Spring Festival, on Jan 30 last year, Jishuitan Hospital in Beijing, which specializes in treating burns and external injuries, received just two patients with burn injuries from firecrackers, a huge drop from 25 in 2021.

Of course, it was because in 2022 Beijing prohibited firecrackers during Spring Festival. While reducing noise pollution, the move also saved people from injuries.

It is heartening to see the Beijing municipal government's recent announcement about continuing the policy in 2023. When it comes to securing people's lives and health, a ban on firecrackers is never too tight.

Besides health, there are several other reasons why the ban is worth supporting. As a city with a 3,000-year history that served as capital under five dynasties, Beijing has a large number of ancient buildings. Firecrackers pose a big challenge to these buildings, and banning them is one way of protecting the capital's architectural heritage.

Besides, Beijing has finally improved its air quality, getting rid of the heavy smog, thanks to efforts from all sides, factories included. There is no reason to allow firecrackers to bring the smog back.

On Sunday, Dongying in Shandong province, Dalian in Liaoning province and Yanchuan in Shaanxi province announced that firecrackers will be allowed in certain areas during the festival, but then the conditions there are different. Dongying, for example, has a small population and it will be possible to minimize the danger from firecrackers.

Therefore, the policy allowing each city to make its own decisions is suitable. However, it should be noted that persuasion is an important part of the policy-making process, and that municipal governments need to explain their decision to the public. However, those breaking rules by burning firecrackers at the wrong place or time should be punished.