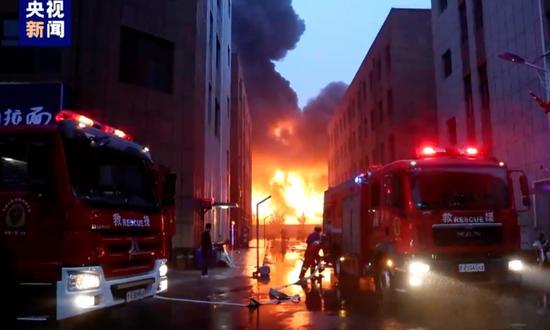 Chinese President Xi Jinping has ordered all-out efforts to rescue and treat the injured after a fire occurred at a plant in central China's Henan Province on Monday afternoon.

Xi, also general secretary of the Communist Party of China Central Committee and chairman of the Central Military Commission, made the instruction immediately after the incident, urging putting people's lives first.

The fire broke out at around 4 p.m. Monday at the plant of a commerce and trade company in Anyang City and has left 38 dead and two others injured.

Xi urged efforts to ascertain the cause of the incident and hold relevant people accountable in accordance with the law.

All regions and related departments should well shoulder workplace safety responsibilities, screen for and rectify all types of risks and hidden dangers, and resolutely prevent and contain major and serious accidents, Xi noted.

The Ministry of Emergency Management has sent a work team to Henan to guide rescue work. On-site rescue, the treatment of the injured, and the investigation of the incident's cause are under way.