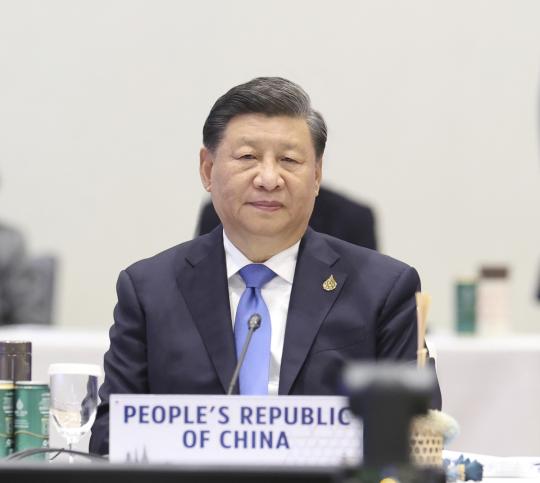 Xi traveled to Bali, Indonesia, from Monday to Thursday for the G20 Summit before attending the 29th APEC Economic Leaders' Meeting in Bangkok and visiting Thailand — the first time he has attended the events in person in three years. Xi returned to China on Saturday evening.

The back-to-back meetings held by Asian countries took place amid spillover from the Ukraine crisis, which fueled global financial, energy and food crises, with some countries advocating division, confrontation and decoupling.

The world is again standing at a crossroads, and Asia has embraced a crucial moment in promoting global governance, State Councilor and Foreign Minister Wang Yi said after the conclusion of Xi's trip.

Wang, who is also a member of the Political Bureau of the Communist Party of China Central Committee, said Xi's proposals at the G20 Summit indicated that he has always kept the interests of developing nations in mind and maintained the outlook in his diplomatic activities that true development can only be attained with the common development of all countries. At the summit, Xi said Beijing supports the African Union in joining the G20.

China's support for multilateralism and its contribution to G20 cooperation is also evidenced in the fact that the 15 projects and proposals put forward by Beijing were included in the list of projects for pragmatic cooperation at the summit.

Bernard Dewit, chairman of the Brussels-based Belgian-Chinese Chamber of Commerce, said Xi's proposals at the APEC meetings were not only inspiring for the Asia-Pacific region but also for other countries around the world, especially in Europe.

"At a moment when the COP 27 is closing, President Xi insists that his country will push further for green and low-carbon development .Every government in the world should approve of his words when he says protecting the ecological environment and tackling environmental changes is the common challenge facing all humanity."

"The president's proposal to make global development more inclusive, beneficial to all and more resilient is a reminder to everyone for joint development and cooperation. It will be of major significance for the early recovery and steady growth of the global economy," he said.

Vasily Kashin, director of the Faculty of World Economy and International Affairs at HSE University in Russia, said he thoroughly agreed with Xi's call to stay committed to openness and inclusiveness and bring prosperity for all in the Asia-Pacific region.

Kashin said such a proposal is very important as it is aimed at realizing the mutual development of the region, not interfering in the internal affairs of other countries, avoiding trade protectionism, and complying with ecological and environmental protection standards.

"China is building a cooperative pattern of openness, which will boost the joint development of all countries in the region," he said.