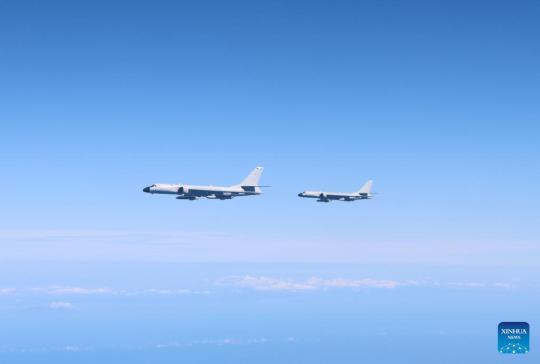 Spokeswoman: Wrongful actions in past give U.S. no excuse to repeat mistakes

It is reasonable that Beijing's response to the visit by United States House Speaker Nancy Pelosi to Taiwan last week has been stronger than that for one of her predecessors 25 years ago, given the fact that the U.S. has tried to hollow out the one-China principle in recent years, experts said.

Pelosi is not the first U.S. House speaker to visit Taiwan. In 1997, then House speaker Newt Gingrich made a trip to the island and met with then island leader Lee Teng-hui. Some people overseas have questioned why Beijing has reacted differently this time.

The arrangements of the two visits are different, said Bao Chengke, assistant director at the Institute for East Asian Studies in Shanghai. Gingrich visited the Chinese mainland before he went to Taiwan, and although he stayed on the island for only about three hours, seeing very few people, it was still quite wrong, Bao said.

In 1997, after he wrapped up meetings in Beijing and Shanghai, including with senior Chinese leaders, Gingrich flew to Tokyo and then to Taipei. During his visit in Beijing, he had stated that he opposed "Taiwan independence" and reaffirmed the one-China policy.

In contrast, Pelosi made a high-profile "official visit to Taiwan", as her office described it in her arrival statement, and was given full protocol treatment by the Democratic Progressive Party authorities. Her two-day trip included meeting with the island's leader Tsai Ing-wen and some "human rights" advocates, as well as visiting the island's "legislative" authority. She was also awarded a "medal" by Tsai.

"In the past years, although the U.S. has repeated that its policy remains unchanged, it has been doing differently," Bao said, adding that by allowing important people of the government and politicians to visit Taiwan, the U.S. has broken the framework of the one-China principle, which is absolutely not allowed.

Responding to the remark by U.S. Secretary of State Antony Blinken that "a previous speaker has visited Taiwan", Foreign Ministry spokeswoman Hua Chunying said at a news briefing in Beijing last week that "the wrongful actions of certain U.S. politicians in the past do not constitute a precedent and still less should they become an excuse for the U.S. to repeat its mistake on the Taiwan question".

"The world has seen very clearly that it is the U.S.' provocations that have led to the escalation of tensions in the Taiwan Straits," she added. "The U.S. should and must take full responsibility for it."

Wu Yongping, director of Tsinghua University's Institute of Taiwan Studies, said that the situation in many aspects now is quite different from that when Gingrich visited the island 25 years ago.

At that time, the one-China policy of the U.S. was clear, he said. Later, however, especially during the presidency of Donald Trump and now under President Joe Biden, the U.S. has used various means to promote its ties with Taiwan and has promoted the concept of "one China, one Taiwan".

"It is the U.S. that has changed, going back on its promise on the one-China principle," he said, adding that "Taiwan independence" separatist forces on the island have made use of the change to strengthen their relations with the U.S. since the DPP came to power in 2016.

The DPP administration in Taiwan has relied on the U.S. to seek "independence", restricted the exchanges of people across the Straits, and pushed forward de-Sinofication attempts, with the aim of denying that they are Chinese from the root, he said.

With the U.S. support for separatists, the Taiwan question has become more sensitive and complex, and there is an unprecedented risk of "Taiwan independence", he said.

"Facing such big changes, China will surely take resolute countermeasures to deter the separatist attempts and safeguard peace and stability across the Straits," Wu added.