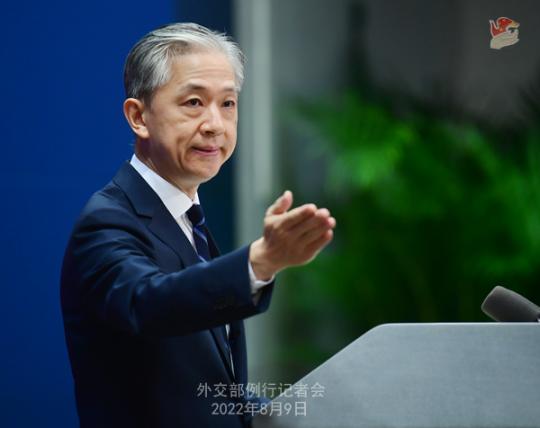 China urged the United States to help Africa with sincerity and concrete actions, rather than use its Africa strategy as a tool to attack other countries' cooperation with the continent, Foreign Ministry spokesman Wang Wenbin said on Tuesday.

His remarks came as the White House issued a U.S. strategy toward sub-Saharan Africa on Monday.

The U.S. strategy accused China of taking Africa to the arena to challenge the "rules-based" international order the U.S. claimed and weakening U.S. relations with the continent.

"It does not matter what the U.S. has said, and the key is how African people view China-Africa cooperation," Wang told a regular news briefing.

"Africa does not need partners that sow discord and only pay lip service," Wang said, urging Washington to respect and heed the will of African countries and their peoples.

A survey conducted by the Ichikowitz Family Foundation in June indicated that 76 percent of 4,507 surveyed young Africans in 15 countries named China as a foreign power with a positive influence on their lives.

A report by African pollster Afrobarometer in November also showed that 66 percent of Africans perceived China's economic and political influence in Africa as positive.

Wang said that pragmatic cooperation between China and Africa are witnessed by all and will allow no smears.