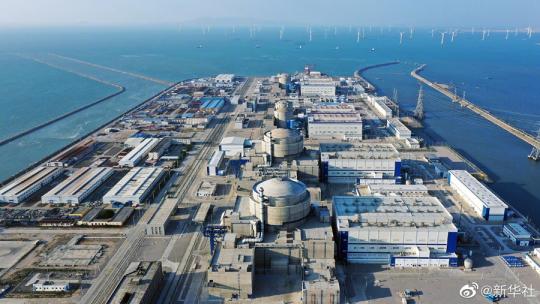 The No 6 unit in the city of Fuqing, East China's Fujian province, achieved this monumental feat at 8:45 pm on Saturday and all parameters were normal, according to the China National Nuclear Corporation.

The unit was connected to the power grid and started power generation on Jan 1.

The reactor meets the highest international safety standards and is fully capable of being mass produced, with independent intellectual property rights from Chinese nuclear power companies.

It is a major achievement of China's development, built on more than 30 years of experience and bringing China into the leading countries for the third generation of nuclear reactors.

On Feb 1, Chinese companies signed a general contract with an Argentine company on building a nuclear unit using Hualong One in the South American country. On Feb 7, Britain has confirmed the reactor adequate for domestic use.