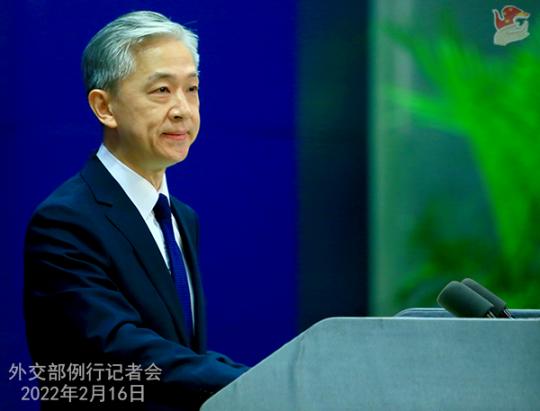 The United States' hyping of the threat of war in Ukraine has added obstacles to the promotion of dialogue and negotiation by relevant parties, Chinese Foreign Ministry spokesman Wang Wenbin said on Wednesday.

Wang made the remarks when asked to comment on the Ukraine situation, adding that the U.S. move has had a serious impact on Ukraine's domestic economic and social stability, as well as the people's lives.

Wang highlighted a comment from Russian Foreign Ministry spokeswoman Maria Zakharova, who said, "February 15, 2022 will go down in history as the day Western war propaganda failed."

He noted that Russia has accused the West of conducting "information terrorism" over the Ukraine issue.