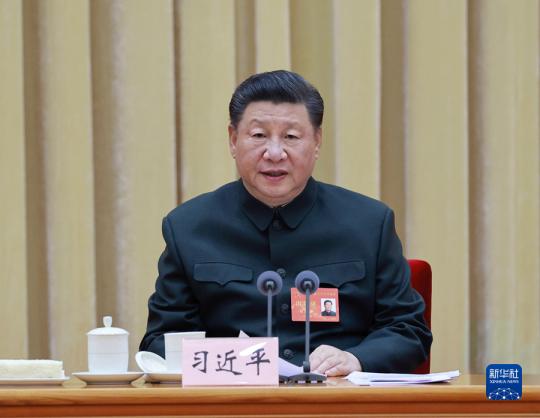 President Xi Jinping ordered China's military on Tuesday to further strengthen its training and exercises this year in order to enhance its operational capabilities and combat preparedness.

Xi, who is also general secretary of the Communist Party of China Central Committee and chairman of the Central Military Commission, signed the commission's first order for 2022, which declared the start of the annual training sessions for the People's Liberation Army and the People's Armed Police Force.

Service members must closely observe and accurately understand the changing situations in national security and military rivalry, and must be focused on developments in science, technology, combat patterns and potential adversaries, according to the order.

The armed forces are required to integrate their training with frontline operations, strengthen joint operation exercises, improve troops' capabilities in using new technologies, and continue optimizing training methods. The goal is to ensure that the troops can always win wars, the order said.

All officers and soldiers should uphold the military's fighting spirit and conduct training in a vigorous, well-designed and safe manner to boost their command and combat capabilities, the order said. It asked service members to display high morale and outstanding training accomplishments to celebrate the upcoming 20th CPC National Congress, which is scheduled to be held in Beijing in the second half of this year.

This is the fifth consecutive year that Xi has issued a training order to the military as the year's first directive from the Central Military Commission.

The first such order was issued in January 2018, when Xi oversaw and addressed a massive training and commencement ceremony at a PLA Ground Force shooting range in northern China.

Xi has repeatedly stressed the importance of combat-readiness and joint operation training to the armed forces since he became commander in chief in late 2012.