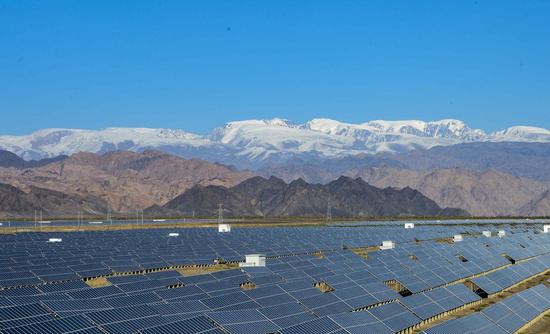 China's meteorological authority on Monday said that the country has basically established its first greenhouse gas observation network after nearly 40 years of construction.

China is one of the first countries in the world to carry out the background observation of greenhouse gases. In 1982, China's first regional atmospheric background monitoring station was put into use in Beijing.

Cao Xiaozhong, a senior official at the administration, attributed the establishment of the network to China's continuous participation in the Global Atmosphere Watch Programme of the World Meteorological Organization.

The administration has this year made a series of efforts to help China reach its goal of carbon neutrality. In addition to the network, it has also established a national greenhouse gas and carbon neutrality monitoring and evaluation center with branches in several provinces, and an evaluation system for the effectiveness of its carbon neutrality actions to accurately distinguish natural and man-made carbon fluxes at the global, regional and urban scales, Cao said.

More advanced facilities and monitoring networks will be built in the coming years to provide data support for China's fulfillment of its carbon peak and carbon neutrality commitments, Cao said.