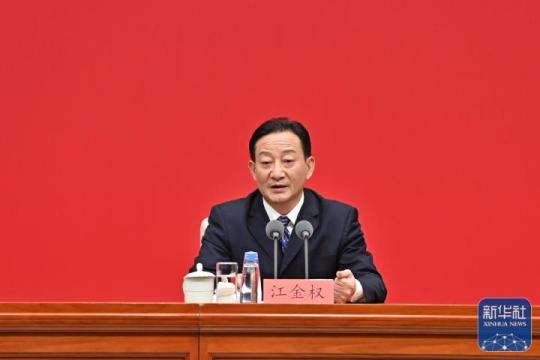 Core leadership is of crucial importance for a country and a political party, Jiang Jinquan, deputy director of the Policy Research Office of the CPC Central Committee, said on Friday.

He made the remark as the 19th Central Committee of the Communist Party of China was holding a news conference on Friday to introduce the guiding principles of the sixth plenary session.

By resolutely upholding Xi Jinping's core position on the Central Committee and in the Party as a whole, the Chinese people now have a backbone and the huge ship named "the rejuvenation of the Chinese nation" has a helmsman, Jiang said.

By defining the guiding role of Xi Jinping Thought on Socialism with Chinese Characteristics for a New Era, the CPC will be able to stick to the right direction and deal with risks and challenges so as to lead the people to continuously strive for the bright prospects of great rejuvenation of the Chinese nation, Jiang said.