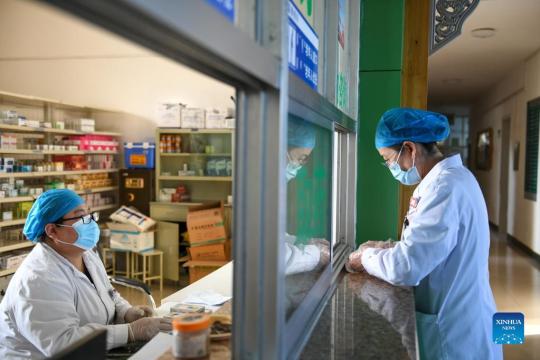 A medical worker waits to get medicine at a pharmacy of a hospital in Ejina Banner of Alxa League, North China's Inner Mongolia autonomous region, Oct 22, 2021. [Photo/Xinhua]

A total of 11 provincial-level regions have been affected within a week as a fresh outbreak of COVID-19 emerged in China, a spokesperson with the National Health Commission (NHC) said Sunday.

Sporadic cases reported in various regions have been increasing ever since Oct 17, Mi Feng, spokesperson for the NHC, told a press conference.

Most of the cases have inter-region travel histories, increasing the risk of virus transmission to other regions, Mi said.

The spokesperson called for tightened anti-epidemic response against the new outbreak.