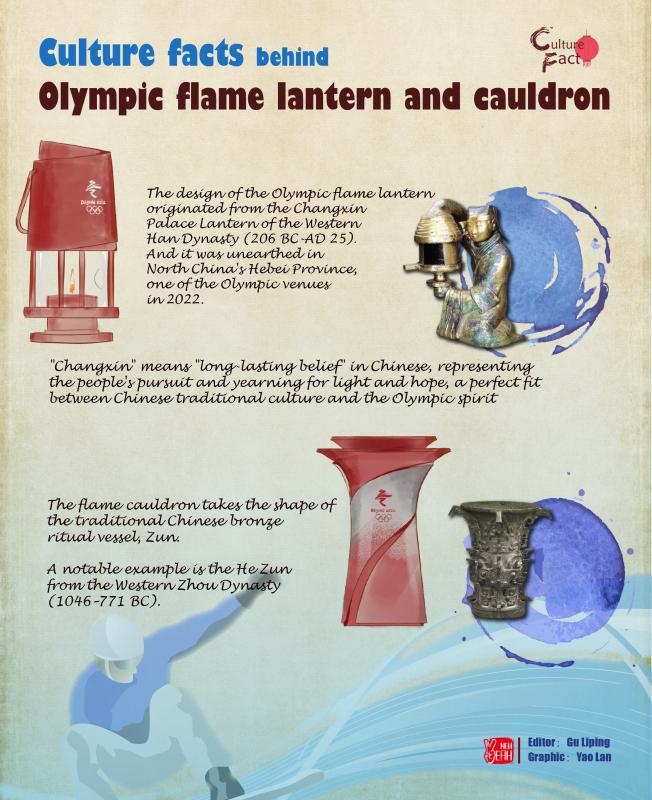 The design of the Olympic flame lantern originated from the Changxin Palace Lantern of the Western Han Dynasty (206 BC-AD 25). And it was unearthed in North China's Hebei Province, one of the Olympic venues in 2022.

"Changxin" means "long-lasting belief" in Chinese, representing the people's pursuit and yearning for light and hope, a perfect fit between Chinese traditional culture and the Olympic spirit.

The flame cauldron takes the shape of the traditional Chinese bronze ritual vessel, Zun. A notable example is the He Zun from the Western Zhou Dynasty (1046?771 BC).