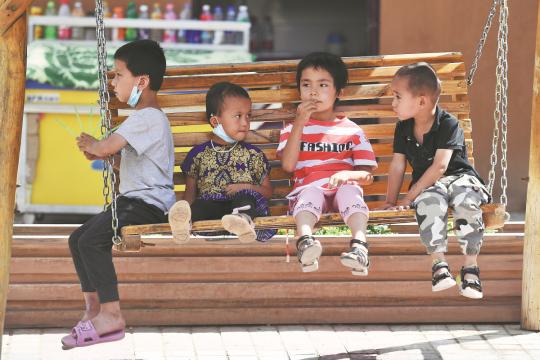 The white paper, titled "Xinjiang Population Dynamics and Data", said that over the past 70 years, Xinjiang has seen rapid and steady population growth, improving all-around quality of its residents, higher life expectancy and faster urbanization and modernization.

Xinjiang's population growth from 2000 to 2020 was 1.15 percentage points higher than the national average in the compound annual growth rate, the white paper said.

According to the sixth national census, conducted in 2010, the population of Xinjiang was 21.82 million, an increase of 3.36 million with a compound annual growth rate of 1.68 percent over 2000.

Preliminary data from the seventh national census, conducted in 2020, showed that the number increased by 4.04 million to reach 25.85 million with a compound annual growth rate of 1.71 percent, the document said.

The Uygur population in Xinjiang has maintained a relatively high growth rate, having a compound annual growth rate of 1.67 percent from over 8.34 million in 2000 to over 11.62 million in 2020. The growth rate was much higher than that of China's ethnic minority population, which stood at 0.83 percent, the document said.

Anti-China forces have fabricated stories of "genocide" in Xinjiang to deceive the international community, mislead international public opinion, and impede China's development and progress. These malicious efforts will not succeed and truth will prevail over falsehoods, the white paper said.