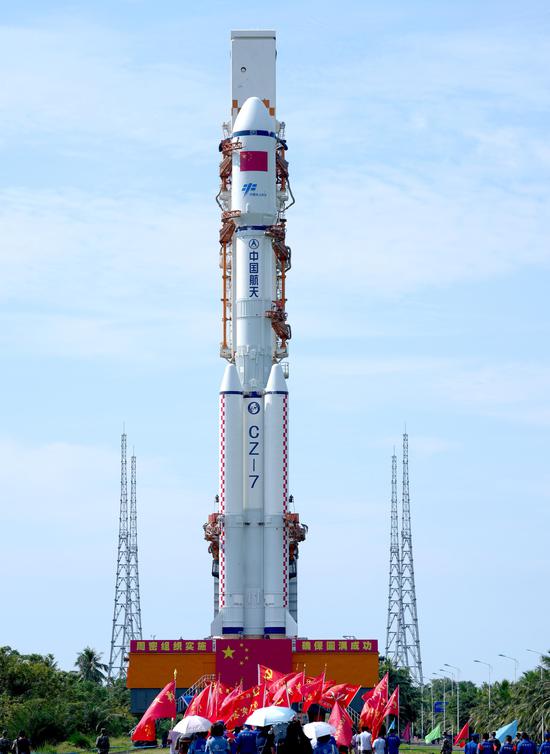 It said in a brief statement that the spacecraft left the station's core module at 8:56 am and started to orbit Earth on its own.

Sources close to the program said the spacecraft will land on Friday at the Dongfeng Landing Site in the Badain Jaran Desert in the Inner Mongolia autonomous region.

Before their departure, the astronauts－mission commander Major General Nie Haisheng, Major General Liu Boming and Senior Colonel Tang Hongbo－configured the space station, transmitted some experimental data back to ground control and arranged materials inside the station, the agency said.

After Shenzhou XII separated from the core module, it flew around the module and conducted a mock docking with another hatch outside the module, it said, explaining that the simulated docking was intended to verify technologies for future crewed spaceflights to the station.

By Thursday morning, the crew had been in space for 91 days, almost three times longer than the Shenzhou XI mission, which saw Jing Haipeng and Chen Dong spend 33 days in orbit.

Shenzhou XII was launched on a Long March 2F carrier rocket that blasted off on June 17 from the Jiuquan Satellite Launch Center in northwestern China. The astronauts entered Tiangong later that day, becoming the first inhabitants of the station.

Nie and his crew were tasked with testing and verifying plans, technologies and equipment for crucial elements of the Tiangong station's construction and operation, such as astronauts' long-term mission arrangements, its life-support system, in-orbit resupply, extravehicular activity and spacecraft maintenance and repair.

Their work was expected to enable the China Manned Space Agency to accumulate experience and check the capability, performance and compatibility of systems involved in the space station program to prepare for the next steps in its construction.

During the mission, the astronauts carried out two extravehicular activities, or spacewalks, using a large robotic arm and other equipment to install and adjust devices outside the station. They also performed a number of scientific experiments and technological tests, and made video calls with President Xi Jinping and hundreds of researchers, teachers and students in Hong Kong.

The three-month Shenzhou XII mission, the nation's seventh manned space trek, is part of the Tiangong program, which aims to complete a three-component station in low-Earth orbit before the end of next year.

In another development, the Tianzhou 3 cargo spacecraft and its carrier－a Long March 7 rocket－were moved on Thursday morning to a launch tower at the Wenchang Space Launch Center in Hainan province, the manned space agency said in a separate statement, noting the robotic spaceship will be dispatched to the Tiangong station in the near future.