More than 1mln 5G base stations up by end of August 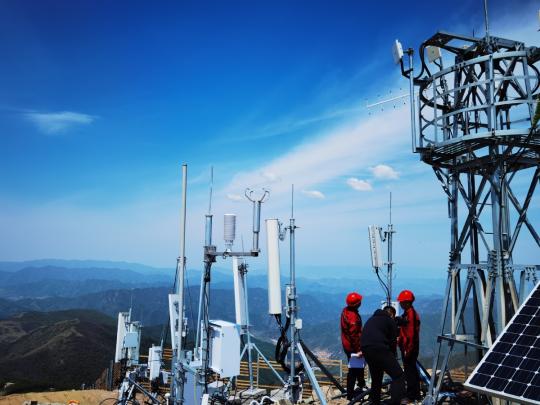 Technicians with the Beijing branch of China Tower Corp work at a 5G base station in Beijing. (Photo provided to China Daily)

China had built more than 1 million 5G base stations by the end of August, as the nation steps up efforts to build a sound telecom infrastructure for widening the use of 5G in more sectors.

Zhao Zhiguo, spokesman of the Ministry of Industry and Information Technology, said on Monday that China had built a total of 1.037 million 5G base stations by the end of August, covering all prefecture-level cities across the country and with 5G services available in more than 95 percent of counties and urban areas and 35 percent of towns and townships.

From January to August this year, the shipments of 5G mobile phones in China reached 168 million units, marking a year-on-year increase of 80 percent. In August, 5G mobile phones accounted for 74 percent.