China rejects 'compromised' WHO plan for study of virus origin(2) 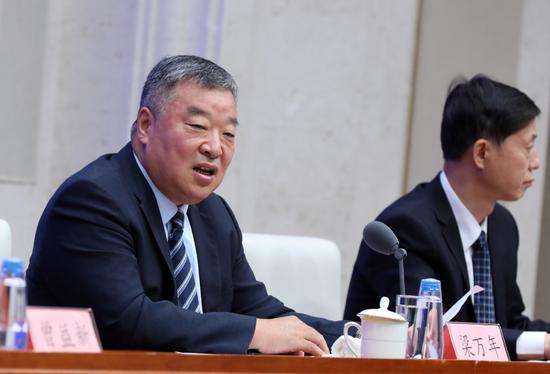 Liang Wannian, team leader from the Chinese side of the World Health Organization-China joint expert team, at a news conference on July 22, 2021. (chinadaily.com.cn/Zhu Xingxin)

Liang Wannian, team leader from the Chinese side of the World Health Organization-China joint expert team, said the place of origin and transmission of the COVID-19 virus is more complicated and puzzling than previously anticipated, as countries around the world have reported finding traces of the virus in clinical samples and environment months before their first reported COVID-19 cases, with some dating even earlier than the first reported case in China in late December of 2019.

For example, Italian doctors collected a skin sample in November 2019 from an anonymous 25-year-old Milan resident that was later confirmed to yield traces of the COVID-19 virus, suggesting that the virus was already spreading in Italy by the time. Scientists also found particles of the virus in two samples of human sewage collected independently on Nov 27, 2019, in Santa Catalina, Brazil.

The United States Centers for Disease Control and Prevention analyzed over 7,000 blood donations from nine states between Dec 13, 2019, and Jan 17, 2020, and found 106 samples tested positive for antibodies against the COVID-19 virus, implying that the virus may have arrived in the country by December 2019.

"These examples show that Wuhan may not have been the ground zero for the virus spilling over on to humans," he said, adding that there could be other complex transmission scenarios such as infected animal or humans contaminating objects, the objects passing the virus to humans and then leading to human-to-human transmission.