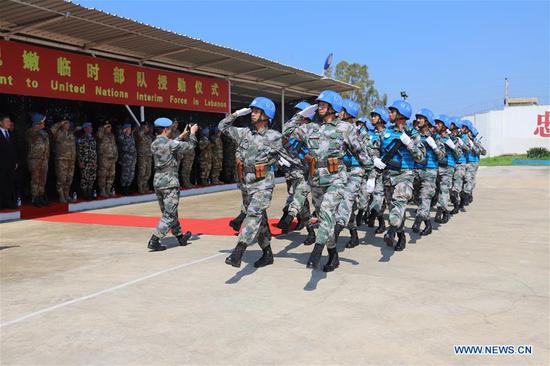 China has sent more than 40,000 military personnel to participate in about 30 UN peacekeeping missions in Sudan, Lebanon, Cambodia, Libya, and other countries and regions, according to a white paper released Thursday.

China began to participate in UN peacekeeping operations in 1990, and dispatched peacekeeping police for the first time in 2000, said the white paper on the practice of the Communist Party of China in respecting and protecting human rights issued by the State Council Information Office.

China now ranks first among the permanent members of the UN Security Council in terms of the number of peacekeepers dispatched, and is the second largest fund contributor to the UN's peacekeeping actions, it added.