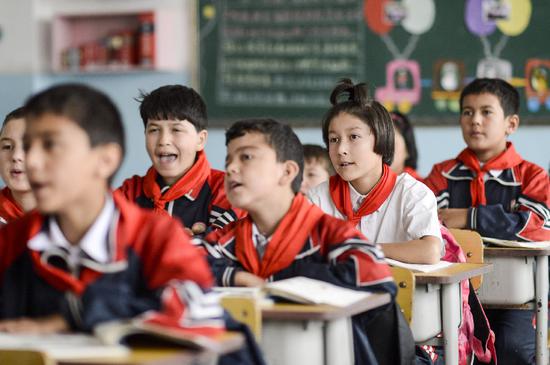 Students have a class at the central primary school in Tokkuzak Township, Shufu County, northwest China's Xinjiang Uygur Autonomous Region. Founded in 1971, the school has turned into a modern school, with 525 students in all. (Xinhua/Zhao Ge)