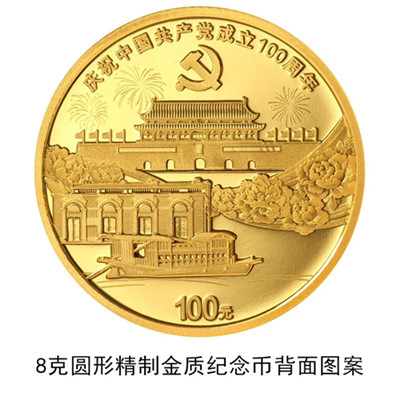 China's central bank started on Monday to issue a set of commemorative coins to celebrate the 100th anniversary of the founding of the Communist Party of China (CPC).

The set has 9 coins, including three in gold, five in silver, and one copper-alloy coin, according to the People's Bank of China.

The three gold coins, each weighing 8 grams, feature different combinations of pictures, with one showing the site of the first CPC National Congress in Shanghai. They are all engraved with the CPC emblem and the national emblem.

The central bank issued commemorative coins to mark the CPC's founding anniversaries on 2011 and 1991. This year's set marks the first issuance on the anniversary using precious metals.