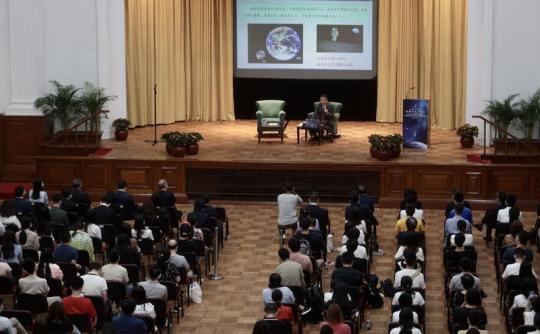 Hu Hao, chief designer of China's third-phase lunar exploration program, shared on Wednesday afternoon his experience with over 100 young students, scientific researchers and scholars at the University of Hong Kong.

The lecture was held after a delegation consisting of the country's top-level aerospace scientists and engineers arrived in the Hong Kong Special Administrative Region (HKSAR) on Tuesday. The 1.5-hour event was also streamed live online.

Hu's lecture is one of the key events of the scientists' visit. Over the next few days, the delegates will give lectures and face-to-face talks at several universities and secondary schools.

The scientists' delegation this time brought lunar soil collected in China's fifth lunar exploration mission in late 2020 to the HKSAR. The soil will be displayed at the Hong Kong Convention and Exhibition Centre from Sunday through early July.