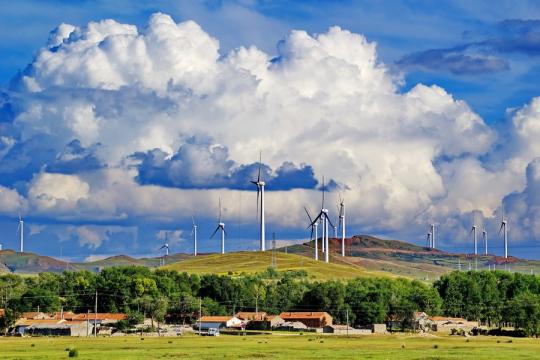 By the end of last year, China was able to reduce emissions of HFC23, a much more potent greenhouse gas than carbon dioxide, by 65,300 metric tons, which is equivalent to 966 million tons of carbon dioxide, a senior climate official said.

Li Gao, director general of the climate change department of the Ministry of Ecology and Environment, made the remark as China prepares to adopt an international treaty that aims to control hydrofluorocarbons, or HFCs.

China has decided to adopt the Kigali Amendment to the Montreal Protocol and is stepping up curbs on emissions of non-CO2 greenhouse gases such as hydrofluorocarbons, President Xi Jinping announced while holding a video summit on climate between China, France and Germany in Beijing on April 16.

The Montreal Protocol aims to control ozone-depleting substances. Given their zero impact on the depletion of the ozone layer, HFCs are currently used as replacements for some of those substances. The amendment was created in 2016 based on the consensus that HFCs are powerful greenhouse gases.

"China has not done little as to the control of non-CO2 greenhouse gas emissions. Instead, we have done a lot," Li said at a news conference organized by the State Council Information Office on Tuesday.

The country's ongoing efforts to enhance the sorting of garbage, which can reduce waste going into landfills, promote the construction of pits that can turn farm waste into biogas and capture harmful gases released in coal mining, for example, all contribute to the control of methane, also more powerful than CO2 in warming the Earth, he said.

The methane-generating pits, built mostly in rural areas, make use of agricultural waste and prevent methane emissions into the atmosphere that are equivalent to 60 million tons of carbon dioxide annually, he added.

"China has also attached great importance to the management of marsh gas in the coal mining sector in recent years," he said. The major components of the gas generated by coal mining are methane and carbon dioxide.

According to a document the ministry published late last year on enhancing environmental impact assessments for coal mining projects, it will be compulsory for coal mines that are sources of significant amounts of marsh gas to collect methane for utilization.

Aside from further monitoring and assessing such emissions, the ministry also plans to draft emission inventories more frequently in its efforts to get a clearer picture of the emission situation and trends, he said.