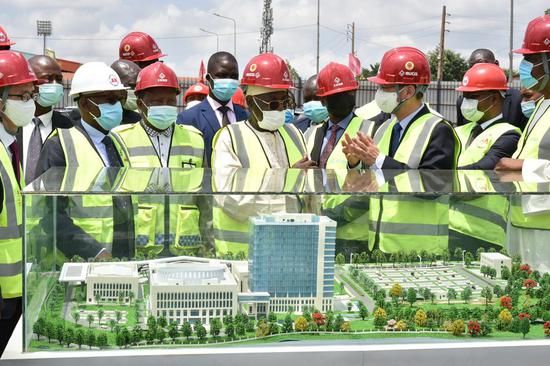 Chinese State Councilor and Foreign Minister Wang Yi exchanged congratulatory messages with Cameroon's Minister of External Relations Lejeune Mbella Mbella on Friday on the 50th anniversary of the establishment of diplomatic relations between the two countries.

In his message, Wang said since the establishment of diplomatic ties between China and Cameroon, bilateral ties have developed smoothly, and cooperation in various fields has achieved remarkable results.

The two countries have maintained close coordination on international affairs and have united and helped each other in fighting the COVID-19 pandemic, he added.

In recent years, the heads of state of the two countries have met many times and reached important consensus, guiding the sustained and in-depth development of bilateral relations, Wang said.

Wang said he is ready to work with his Cameroon counterpart in implementing the consensus reached by the two heads of state, so as to bring the China-Cameroon relations to new levels.

Mbella said in his message that he congratulates the two countries on the significant progress made in their relations since the establishment of bilateral ties 50 years ago.

He said he is willing to work with the Chinese foreign minister under the guidance of the consensus reached by the two heads of state to continuously deepen the traditional friendship between Cameroon and China, and achieve common prosperity of the two countries.