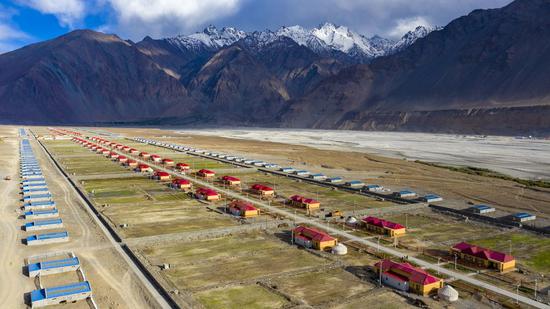 Political parties and organizations from more than 80 countries reached a consensus on Monday, expressing opposition to interference in other countries' internal affairs under the pretext of human rights.

At a thematic briefing co-hosted by the International Department of the Communist Party of China (CPC) Central Committee and the CPC Xinjiang Uygur Autonomous Regional Committee, the parties pointed out that the right to subsistence and development is principal and fundamental, adding that poverty constitutes the chief obstacle to human rights realization.

Noting that diversity in human rights development should be respected, they expressed opposition to any attempt to politicize human rights and double standards, calling for a more equitable, just, and inclusive global governance architecture on human rights.

"Everything we have done is to benefit the people of all ethnic groups in Xinjiang," Chen said.

The political parties expressed appreciation that the Chinese government promotes economic and social development in ethnic regions and respects and protects their religious beliefs. China also upholds the regions' rights to their own ethnic spoken and written languages.

They opposed a small group of people in the world concocting the so-called "genocide" lies in Xinjiang and the use of public opinion to mislead the international community and vilify other countries.

Song Tao, minister of the International Department of the CPC Central Committee, said the CPC is willing to deepen the exchange of experiences in state governance and administration with political parties globally. He added that efforts will be made to realize the people's yearning for a better life and promote the construction of a community with a shared future for humanity.

More than 190 political parties and organizations, including over 100 from Islamic countries, attended the briefing via video links, represented by more than 310 political leaders and celebrities.