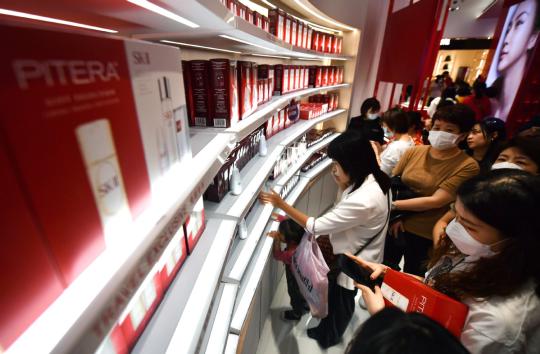 The advantages of China's huge domestic market will become even more prominent in 2021, as efforts to tackle the bottlenecks constraining domestic demand complement the continuous focus on supply-side reforms, a key part of Xi Jinping Thought on Socialist Economy with Chinese Characteristics for a New Era, officials and experts said.

With the policy measures to unlock the huge potential of domestic demand, the country is likely to head for more than 8 percent economic growth this year and share the benefits of its economic resilience with more foreign businesses and investors, they said.

Demand-side measures will complement the former in unleashing domestic market potential, Wang said, adding that he expects greater efforts to boost domestic consumption, instead of mainly stimulating investment and exports.

China will pursue supply-side structural reform as the main task while emphasizing demand-side management in 2021, to create a dynamic balance between supply and demand based on higher standards, according to December's Central Economic Work Conference.

Such emphasis on both upgrading supply and expanding demand has ignited heated discussion over Beijing's policy changes in the new year, as this notion differs from what was said at the conference a year ago, when it mainly stressed supply-side structural reform.

Experts said it remains a long-term task for China to press ahead with supply-side structural reform, as the supply system is yet to get fully upgraded to match the changes in the demand structure and realize independent technological innovation.

Meanwhile, the economic fallout of the COVID-19 pandemic has called for new demand-side measures to address sluggish domestic demand, a task that has assumed more significance as the nation embarks on the new development paradigm amid global uncertainties, they said.

"To further improve the quality of economic growth and build the new development paradigm, China will continue to stick to supply-side structural reform in the coming years," said Wang Changlin, president of the National Development and Reform Commission's Chinese Academy of Macroeconomic Research.

The country has decided to build a "dual-circulation" development paradigm in the 14th Five-Year Plan (2021-25) period, in which the domestic market is the country's economic mainstay and the domestic and foreign markets complement each other.