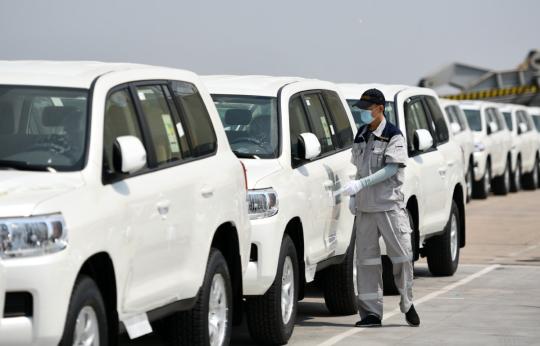 China will continue to be a magnet for foreign investment during the fourth quarter of the year, thanks to it being a key market and production base as well as innovation hub for many multinational corporations, said officials and experts.

The comments came after the Ministry of Commerce said last week that big names such as Exxon-Mobil Corp, BMW Group, Siemens AG, LG Group and Toyota Motor Group have added investment and expanded production capacity in the country. Global companies' reinvested earnings grew by 25.5 percent on a yearly basis in the first three quarters of this year in US dollar terms.

Reinvested earnings, or plow backs, are the investors' share of earnings from direct investments that are not distributed to owners. These earnings, which can be losses sometimes, are recorded in the current account of the balance of payments under international investment income.

Many global companies regard China, backed by strong industrial and supply chains, as a "safe haven "for cross-border investment, and have deployed more resources in this market, said Zong Changqing, director-general of the department of foreign investment administration under the Ministry of Commerce.

"Even though many global companies previously adjusted their global production plans based on factors such as operational cost and stability of supply chain, we have seen both goods orders and investment flowing back to China in recent months," he said.

Zong said that FDI flows to China are expected to grow between October and December, and the country's goal of stabilizing foreign investment will be achieved this year.

Thanks to its early recovery from the COVID-19 pandemic, new business models and growing size of the domestic market, foreign direct investment into China grew by 5.2 percent on a yearly basis to 718.81 billion yuan ($107.2 billion) in the first three quarters, according to the latest data released by the ministry.

Despite the continued downturn in global cross-border investment, China has remained a hot spot for global capital. It became the world's second-largest destination in attracting foreign capital, after the United States, in 2017.

With China introducing more measures to encourage and support foreign investment, including trimming the negative list, optimizing the business environment and strengthening intellectual property protection during its 13th Five-Year Plan (2016-20) period, the nation attracted $549.6 billion in FDI between 2016 and 2019, according to government data.

As China is promoting the "dual circulation" development pattern centered on the domestic economy and aimed at better integrating the domestic economy with the global economy, it will not only benefit the Chinese economy, but also create more growth space for countries across the world, said Foreign Ministry spokesman Wang Wenbin on Wednesday.

The pandemic will not change China's role as an attractive investment destination due to its flexible and robust economy. Instead, it has drawn many countries and companies' attention to China's abilities in helping them reopen ports, access medical goods, resume production of daily necessities and other living materials, said Bai Ming, deputy director of the international market research department under the Ministry of Commerce.

Zhang Shaogang, vice-chairman of the Beijing-headquartered China Council for the Promotion of International Trade, said it is also worth mentioning that the rate of utilization of foreign capital in China's high-tech industry continues to soar, as foreign companies have invested more in this sector.

China has become a pioneer in developing and applying the latest mobility technologies thanks to the country's huge market demand and efficient implementation, he said.

"The future transport will be connected, autonomous, shared, and electric, and China enjoys many advantages in transport innovation, including supportive policies, clear development plans and fast execution," said Model.

The United Nations Conference on Trade and Development said on Tuesday that global foreign direct investment dropped by nearly half in the first half, with the biggest declines in Europe and the US, while China proved "relatively resilient". FDI flows to the country reached $76 billion, a 4 percent decline on a yearly basis.