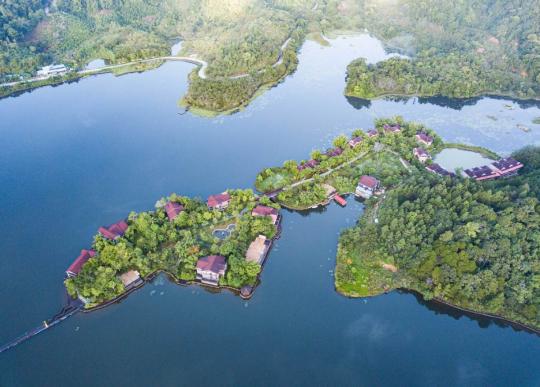 China will set obligatory goals for different regions to reduce carbon intensity－carbon dioxide emissions per unit of GDP－and ramp up inspections as it rolls out wide-ranging measures to meet its scaled-up post-2020 climate commitment, an environmental official said.

Li Gao, head of climate change at the Ministry of Ecology and Environment, said on Wednesday that the 14th Five-Year Plan (2021-25) period is key for China's climate efforts as the country eyes new targets in order to reach its carbon dioxide emissions peak before 2030 and achieve net zero carbon emissions before 2060.

The targets were announced by President Xi Jinping on Sept 22 while addressing the general debate of the 75th session of the United Nations General Assembly via video. He also said China will scale up its Intended Nationally Determined Contributions, or the post-2020 climate action commitments submitted by countries before reaching the 2015 Paris Agreement, by adopting more vigorous policies and measures.

"Generally speaking, while comprehensively ratcheting up climate action and establishing the mechanism needed to boost high-quality economic development and environmental protection, we need to promote fundamental transitions in the structures of the economy, industry and energy consumption," Li told a news conference.

Li said the country will come up with a national goal on carbon intensity reduction in line with the new targets. While the national goal will be included in the 14th Five-Year Plan for National Economic and Social Development, obligatory goals will also be set for different regions, and intensified inspections will be made, he added.

The ministry and other relevant government bodies will make concerted efforts to help different regions establish road maps, action plans and supporting policies so they can hit their carbon emissions peaks, he added.

"The country will strictly control the intensity of energy consumption, especially fossil fuels," he said. "While enhancing management of non-centralized coal burning operations, it will also replace gasoline and natural gas in an orderly manner."

He said the country will need to build up a new electric power system that better aligns with a high proportion of renewable energy as it promotes low carbon actions in areas including transportation and construction.

Plans unveiled by developed countries usually call for completing the transition from peak to neutrality in 50 to 70 years, while China only has 30 years to finish its transition.

"This is a huge challenge … it's not a task without any difficulties. We need to make arduous efforts," he said.

He added, however, that the enhanced targets, announced at a time when the economy is recovering after being battered by COVID-19, "show the country's determination to cope with climate change" and also send out a strong signal that China will stick to a path of high-quality economic development and environmental protection.

"From now on, we need to make sustained efforts to advance with one five-year plan after another," he stressed.