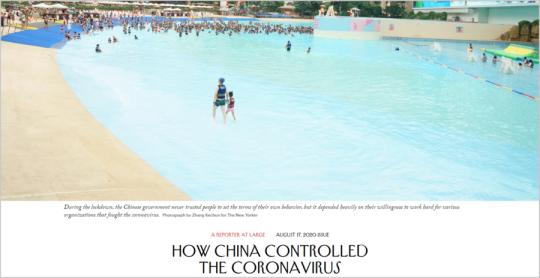 A screenshot taken from the website of The New Yorker on Aug 11, 2020 shows the title and picture of the article it just posted: "How China Controlled the Coronavirus."

"Respect science" and "hard work" are two core values conveyed by Chinese education. These values, together with the effective guidance of the government, enabled the Chinese people to win the war against the epidemic, according to an article published Monday on The New Yorker.

The article titled "How China Controlled the Coronavirus" is written by Peter Hessler, who was teaching and learning in Chengdu, the capital of China's Sichuan province, during the pandemic. 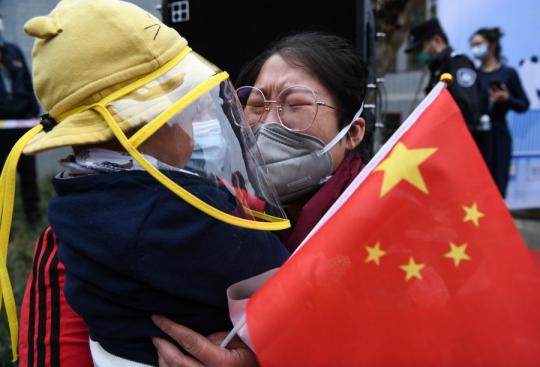 It was true that the strict Chinese shutdown, in combination with border closings and contact tracing, had eliminated the spread of the virus in most communities in China, according to the article.

Hessler noted that some public health experts affirmed the participation of the neighborhood committees in epidemic prevention and contact tracing. The Chinese lockdown was more intense than almost anywhere else in the world. Neighborhood committees, the most grassroots level of Communist Party organization, enforced the rules. 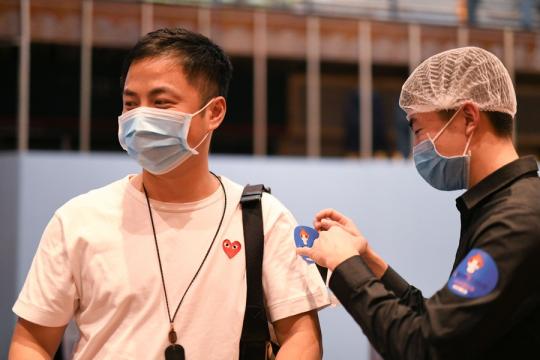 A staff member sticks a temperature tested mark to a sleeve of a customer at a restaurant in Chengdu, Southwest China's Sichuan province, March 21, 2020. (Photo/Xinhua)

Hessler also wrote about various epidemic prevention measures after the school reopening. The university introduced the fever tents, the delivery robots, and the facial-recognition scanners. The school scheduled regular hand-washing breaks, and every afternoon an announcement sounded over the intercom: "Temperature-taking time has arrived!"

According to the article, the current American failure doesn't narrowly reflect national character or values but, rather, a collapse of system: a crisis of leadership and institutional structures.