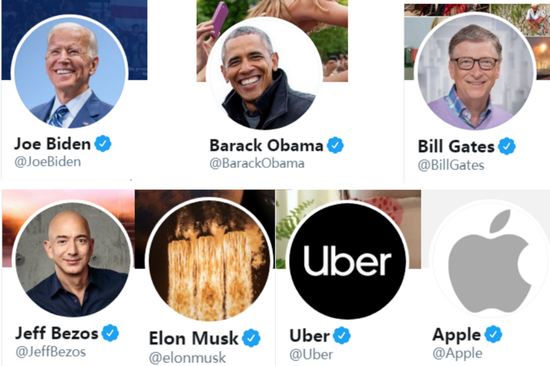 This is a combination of screenshots of some of the high-profile Twitter accounts hacked on July 15, 2020. (Xinhua)

Twitter confirmed Wednesday that it has locked a number of high-profile accounts that were hacked to spread a cryptocurrency scam.

"We have locked accounts that were compromised and will restore access to the original account owner only when we are certain we can do so securely. This was disruptive, but it was an important step to reduce risk," Twitter Support said in a series of tweets in the evening, adding that most functions had been restored but the company may take further actions.

Twitter also confirmed the functional limitation for a much larger group of accounts, "even those with no evidence of being compromised," while it continues the full investigation.

According to the company, it has also taken "significant steps" to limit access to internal systems and tools while the investigation is ongoing.

Some of the accounts were quickly back under their owners' control and the tweets sent out during the hackers' control were quickly deleted, according to a report by the news site TechCrunch.

Security researchers found that the attackers had fully taken over the victims' accounts, and also changed the email address associated with the account to make it harder for the real users to regain access, the report said.

TechCrunch said in the report that these kinds of scams are common. Scammers take over high-profile Twitter accounts using breached or leaked passwords and post messages that encourage users to post their cryptocurrency funds to a particular address under the guise that they'll double their "investment."