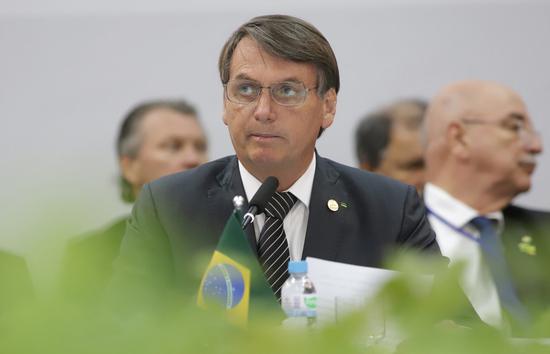 "We hope that in the next few days, they will give me a new test and, everything will be fine so that we can return to normal activity," he said in a live broadcast on his Facebook account.

The communication secretariat of the presidency stated in a release that Bolsonaro is staying at the Alvorada Palace in Brasilia, "and continues to be accompanied by the medical team."

According to the statement, the latest test was carried out on Tuesday morning and the result came out at night.

On July 7, Bolsonaro announced that after developing a fever and general discomfort, he tested positive for COVID-19 at the Brazilian Armed Forces Hospital.

His doctors directed him to convalesce at the Alvorada Palace, where the president has frequently been seen walking through the gardens accompanied by security guards.

Bolsonaro is 65 years old, making him part of an age group experts consider to be at high risk for developing complications from the disease.