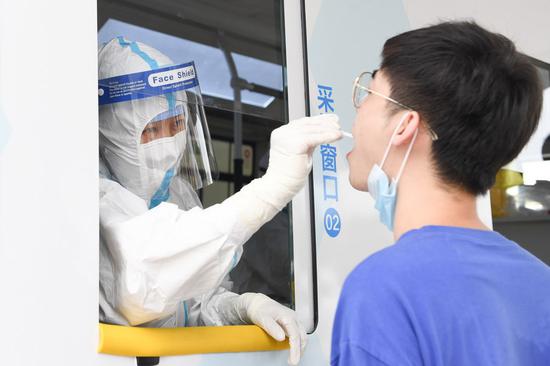 A medical staff member takes a throat swab sample from a man at a newly-adopted mobile testing vehicle in Xicheng District of Beijing, capital of China, June 28, 2020. (Xinhua/Ju Huanzong)

All the domestically transmitted cases were reported in Beijing, the National Health Commission said in its daily report.

No deaths related to the disease were reported Sunday, according to the commission.