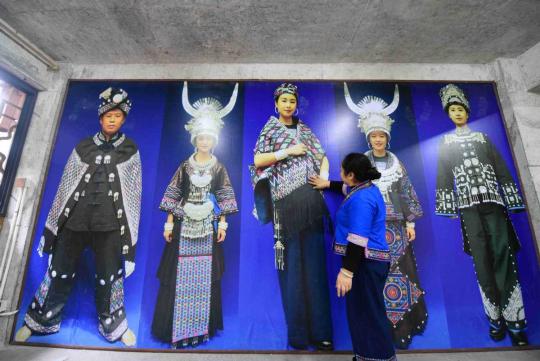 China's ongoing efforts to tackle the novel coronavirus outbreak in the country have started yielding tangible results with most of the steps focusing on ensuring economic stability and sustaining employment, the nation's top economic regulator said on Monday.

The economy is resilient enough to withstand the outbreak, said Gao Gao, deputy secretary-general of the National Development and Reform Commission. He emphasized that the epidemic will not dent China's solid, long-term growth fundamentals.

"The Chinese economy enjoys solid resilience, potential and flexibility," Gao said. "We are confident and have the necessary tools to counter the epidemic, stabilize the economy, maintain a stable level of employment and foster high-quality development.

"Despite China's sustained efforts to control the epidemic, the spread of the virus across the globe has made it difficult to predict the magnitude of its impact on both China and the global economy," Gao said during a news conference in Beijing, adding that there's tough work ahead.

To better deal with the epidemic's impact and ensure orderly resumption of work and sustain employment, the government has rolled out a series of measures, such as cutting taxes and fees and offering financial support.

According to a recent survey conducted by the National Emerging Industry Venture Capital Fund, 67.3 percent of the 3,000 surveyed innovative companies remained confident on future prospects. Nearly 40 percent of the respondents believe that there is a bigger growth opportunity and potential in their respective fields.

The NDRC said China will offer subsidy to small and medium-sized companies that recruit new graduates and encourage State-owned companies to hire more graduates for two consecutive years. The country will also ramp up efforts to help migrant workers return to work, giving priority to those living in hardship.

According to Gao, China has also seen huge growth opportunities in the online and digital sectors amid the outbreak, with many of them benefiting from the recent outbreak.

National online retail sales of physical goods maintained growth during the first two months, and the proportion of total retail sales of consumer goods was 5 percentage points higher than that during the same period last year, while the information services sector saw an increase of 3.8 percent, the NDRC data showed.

"The fast development of the digital economy will be a key growth driver in the future," Gao said.

"Big data, telemedicine, e-commerce, mobile payment and other technologies and services have played a key role in epidemic prevention and resumption of work. We now have a better understanding of emerging sectors such as telecommuting and online education."

He said the digital economy will be a critical engine for economic growth, and various industries will accelerate the push for digital transformation.

In the next step, China will step up the construction of new infrastructure such as 5G, data centers and industrial internet, Gao said.

Yang Yiqing, deputy director of the Institute for Zhejiang Merchants Development at Zhejiang Gongshang University, said new economy sectors such as e-commerce and mobile payment will be the key drivers of growth, and the construction of new infrastructure will help the country gain massive momentum in the future.