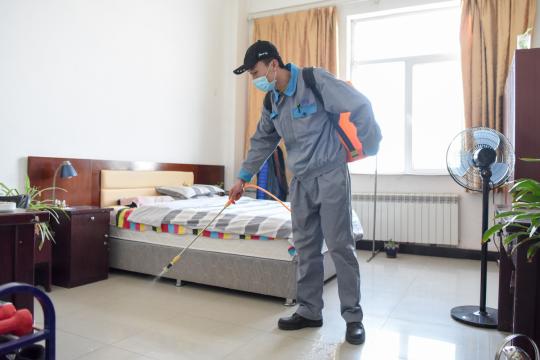 The government of the Xinjiang Uygur autonomous region has acted with confidence and resolution in its fight against novel coronavirus, according to a regional videoconference over the weekend.

As of Saturday, Xinjiang had 76 confirmed cases of the virus, including two patients who died and 25 who were cured. No new cases have been reported for four days in a row, according to the regional government.

Since the outbreak began, the region has adhered to the epidemic prevention and control measures the Communist Party of China Central Committee decided on, and it has made the safety and health of all ethnic groups the primary concern, according to a release after the conference.

As for recent virus prevention and control misinformation at Xinjiang's vocational education and training centers, Ilijan Anayt, spokesman for the regional government, said there could be no risk of large-scale coronavirus infection in the centers as the trainees had graduated.

According to the regional government, trainees in courses on the standard Chinese language, laws and vocational skills, as well as deradicalization programs had graduated last year, making the misinformation spread by the East Turkestan forces overseas baseless, he said.

Shohrat Zakir, chairman of the regional government, said in December that the centers were established as part of the region's measures to root out terrorism and extremism, and he believes they have been effective as no terrorist incident has occurred in the region for three years.

The regional government has called for no relaxation in the disease control work and differentiated analysis and policies for different parts of Xinjiang.

But efforts should be made to restore the economic and social order to minimize the epidemic's impact, according to the media release after the videoconference.

The regional government has pledged to offer more financial support for the real economy to guarantee the smooth running of society and the economy, especially companies in the region from key industries as well as small and medium-sized enterprises.