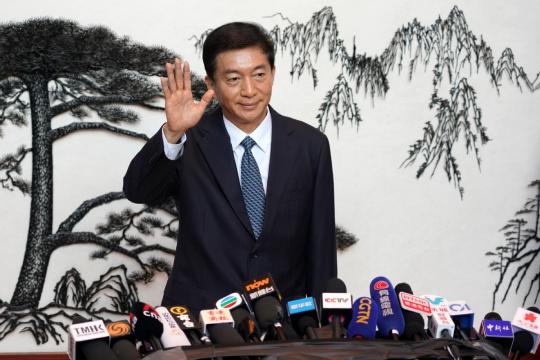 Hong Kong's new liaison chief on Monday pledged to support the special administrative region government in safeguarding national security and enhancing young people's national identity, in a bid to ensure the steady implementation of the "one country, two systems "principle.

Luo Huining, director of the Liaison Office of the Central People's Government in the HKSAR, made the remarks in his article published in the newspaper People's Daily on Monday.

"Since Hong Kong and Macao's return to the motherland, safeguarding national sovereignty, security and developmental interests have become the basic constitutional responsibility and political requirement of the two special administrative regions," Luo pointed out.

Luo, who took office two weeks ago, stressed that to strictly uphold and precisely implement the "one country, two systems" principle is the foundation of Hong Kong's long-term stability and prosperity.

In the article, Luo said Hong Kong should learn from the successful experience of Macao in implementing "one country, two systems" and President Xi Jinping's speech on the 20th anniversary of the Macao SAR's return to the motherland.

Luo noted that people from different sectors in Macao agree that safeguarding national security is an obligation under "one country", regardless of differences under "two systems".

The office will continue to support the HKSAR government in establishing and improving legal systems and executive mechanisms to safeguard national security as well as strengthening law-enforcement, Luo pledged. Otherwise, the principle could be at great risk of being undermined by the reckless infiltration of foreign forces.

To ensure the steady development of "one country, two systems", Luo also called on the SAR government and relevant social sectors to strengthen the younger generation's national identity by improving education of the Basic Law and their understanding of the country.

Noting that both Hong Kong and Macao have achieved great development since their return to the motherland, Luo stressed that people should have firm confidence in "one country, two systems", despite the tumultuous situation in recent months.

Since June, Hong Kong has endured prolonged violence and chaos during a spate of anti-government activities, during which some also challenged "one country, two systems" by defiling national flags and emblems.

He called on Hong Kong compatriots to shift away from the "political haze" as soon as possible and be focused on economic development.

Hong Kong should grasp opportunities brought by national strategies, such as the development of the Guangdong-Hong Kong-Macao Greater Bay Area, to give full play to advantages under "one country, two systems" and facilitate further development of Hong Kong as well as the country, Luo pointed out.