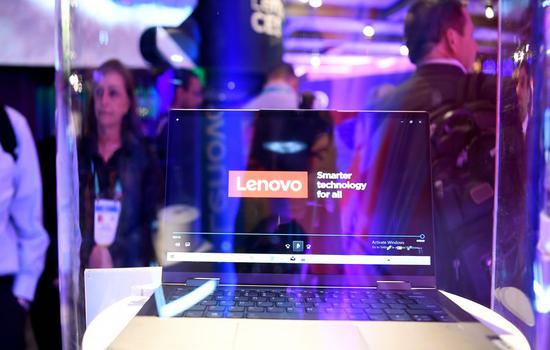 "Influence and sophistication of online shopping and other digital e-commerce technology has shifted from the West to the East, with China, South Korea and Japan taking the lead," revealed Daniel Weisblum, senior intelligence manager for Coresight Research at the Consumer Electronics Show (CES) 2020 Wednesday.

Coresight Research is a New York-based research and advisory firm that provides future-focused analysis and consulting to organizations navigating the intersection of retail, technology and fashion.

"Chinese consumers are fully adapted to online shopping and China's AI-driven personalization is far ahead of what we see in the West," he told Xinhua after a keynote at a special session on e-commerce's future on Wednesday.

Weisblum pointed out several key reasons for this shift during his CES presentation.

Firstly, unlike the West, as a mobile first nation, at the time mobile capabilities came along in the 1990's, China still lacked the extensive legacy wireline broadband infrastructure that the West had had for decades, and they also had a relatively low PC adoption rate, he said. This allowed Chinese to leapfrog over legacy tech to the rapid adoption of mobile and smart phones.

Meanwhile, China's underdeveloped brick and mortar retail industry in the 1990s and 2000s also allowed for the preferential adoption of online shopping, which paved the way for the rapid growth of e-commerce and the rise of online retail giants like Alibaba, he said.

China had a cash-based payment system with low credit card penetration, so there were few barriers to the adoption of mobile payments, according to Weisblum. This has allowed for the rapid development of a robust Chinese internet and super-apps like WeChat, which exceeds the functionality of American apps and provided more interactive opportunity for retailers to customers.

"Think of all the apps we use on a daily basis, like Apple Pay, YouTube, Uber, Instant messaging, etc., WeChat has the ability to do all that and more within one app," Wisebaum explained to hundreds of audience members, WeChat functionality includes text messaging, document exchange, mobile payments, photo-sharing, video-sharing, social media, language translation, and is linked to food delivery services, rideshare services.

"It is the app of choice for virtually all Chinese and enjoys 1.2 billion active users monthly worldwide," he said, as his words made many audience members' eyebrows rise.

Sharing the vast amounts of user data generated and captured in China resulted in much more user feedback, faster product iterations and the rapid development of a far more personalized user experience.

He contended that U.S. retailers can learn a lot from China's robust integration of AI and analytics into their retail industry, driving local e-commerce industry, enhancing customer engagement, and improving the personalization of the customer experience.

"China is emerging in a leadership position in AI," he told Xinhua. "Having that much personal info on their users can drive the personalization consumer experience."

He emphasized that WeChat, Taobao, Weibo, Douyin, JD.com's "Boundaryless Retail", and many others are reshaping the online and e-commerce landscape in China and the world in innovative and forward-looking ways.

"Look at Alibaba's Freshippo infusing offline retail with technology, so their customers can buy online and pick up in store locally. It gives the customer the ability to have the shopping experience they want," Weisblum affirmed, "JD.com's 'Boundaryless Retail' as omnichannel retailing also merges online and offline."

Weisblum also pointed out that China embraces consumer culture in other innovative ways, for instance by recognizing "Shopping Festivals" virtually every month, such as Singles Day on November 11, the largest single shopping event in the world.

"The number of opportunities for Chinese retailers to interact with their customers is exponentially higher than it is in the West. That's an untapped opportunity for us," he concluded.