China near to eliminating poverty 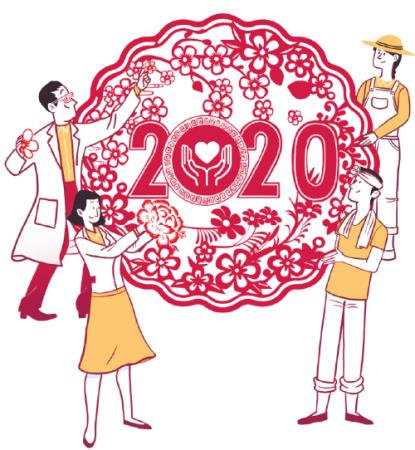 Governance model can be implemented in other parts of world, experts say

When Marko Djuric, vice-chairman of the Progressive Party of Serbia, visited Jiangxi provincial capital Nanchang last month, he was touched by the story of a local farmer who escaped poverty by growing navel oranges with the help of the local government.

The success story of 62-year-old Deng Daqing, a farmer in Longhu, a village in Ruijin's Huangbai township, shows that the governance of the Communist Party of China in poverty reduction is "responsible and efficient", Djuric said in an interview with China Daily.

Until 2013, Deng's family was one of the poorest in his rugged mountain village. With help from local authorities, Deng secured a bank loan and planted more than 800 orange trees. Three years later, he brought in 30,000 yuan ($4,286) from fruit sales, an amount far exceeding the national poverty threshold of 2,300 yuan a year.

By using an e-commerce platform, Deng's income has grown significantly as his business has expanded nationwide. Last year, Deng earned more than 280,000 yuan.

As a CPC member, Deng said he was unwilling to reap the benefits alone, so he offered to help his fellow villagers grow navel oranges. In 2016, he worked with the Party branch in the village to start an agricultural cooperative, which provides unified management, training, pest prevention, cheaper fertilizers and marketing for poverty-stricken families.

Deng said the per capita income of his village reached 13,000 yuan in 2017, and all 54 households that were impoverished were lifted out of poverty by growing and selling navel oranges.

Deng's story sends an "emotional" message that it's never too late for poverty-stricken people to become prosperous through hard work, Djuric said. Importantly, it also shows how the province's Party organization played a significant role in helping the village escape poverty.

Deng and his fellow villagers are only a few of the beneficiaries of the country's poverty alleviation efforts in recent years. From 2013 to 2018, the nation's impoverished population has been reduced by an average of more than 12 million annually, from 98.99 million at the end of 2012 to 16.6 million at the end of last year.

At the fourth plenary session of the 19th CPC Central Committee, in late October, the CPC reaffirmed to eradicate absolute poverty in rural areas by the end of next year. Meanwhile, it would set up a long-term mechanism to deal with relative poverty to meet people's ever-growing demand for a better life.

Resolute efforts must be made to win the critical battle of poverty reduction, build on the outcomes achieved in relieving extreme poverty and establish a mechanism to address relative poverty, according to a document adopted by the key Party meeting

The document is seen as a guideline for the CPC to lead the nation to uphold and improve the system of socialism with Chinese characteristics and advance the modernization of the country's system and capacity for governance, and also a road map to turn institutional strength into even more effective governance.

Djuric said that when he read President Xi Jinping's book The Governance of China this year, he was impressed by the achievements of the system of socialism with Chinese characteristics, particularly in poverty alleviation, with more than 700 million people having been lifted out of extreme poverty in the past four decades.

He attributed the country's remarkable achievements in poverty reduction to its effective system and targeted measures as well as the CPC's efficient governance.

"China's governance system has proved to be very efficient in promoting the country's progress and development. ... There is no doubt that Xi Jinping Thought on Socialism with Chinese Characteristics for a New Era has yielded concrete results in Jiangxi," Djuric said.

He added that the Chinese model can be implemented in many places in the world. "It requires hard work, dedication, good governance and responsible governance."

Xi, also general secretary of the CPC Central Committee, placed poverty reduction at the top of the list of major tasks as the Party vowed to build a moderately prosperous society in 2020. This means that by the end of 2020, the population of rural poor should be guaranteed food, clothing and safe housing, compulsory education and basic medical care.

In Xi's view, if rural China — particularly people in impoverished areas — is left behind, a moderately prosperous society will not emerge.

Because the earlier one-size-fits-all poverty relief policy no longer works when applied to the most impoverished families, Xi proposed the idea of targeted poverty alleviation for the first time in November 2013, when he made an inspection tour of Shibadong village in Hunan province. He said targeted relief and customized policies are needed to help different types of people and households.

When carrying out poverty-relief work, the central authorities coordinate the entire program and provinces take major responsibility, while cities and counties ensure policies are implemented.

Overall responsibility for leading the work lies with the Party and government chiefs, according to the action plan for poverty alleviation jointly released by the general office of the CPC Central Committee and the State Council in 2016.

Liu Yongfu, director of the State Council Leading Group Office of Poverty Alleviation and Development, said at a news conference in September that 95 percent of the impoverished population is expected to be lifted out of poverty in the end of this year.

Through continued efforts in 2020, he added, the historic goal of rooting out absolute poverty across China will be achieved and the building of a moderately prosperous society in all respects will be attained.

The success in targeted poverty alleviation in Jiangxi reflects a miracle China has created in securing large-scale poverty reduction while achieving rapid economic growth, said Liu Qi, secretary of the CPC Jiangxi Provincial Committee. It fully demonstrates the political advantage of CPC leadership as well as the strength of the system of socialism with Chinese characteristics, Liu said.

The fourth plenary session also laid out a map for turning institutional strength into even more effective governance, covering key fields like Party leadership, rule of law, the economy and the environment.

The session is of great significance, said Khamphanh Phommathath of Laos, a member of the Political Bureau of the Lao People's Revolutionary Party Central Committee, adding that the CPC has been continuously working to improve its governance capacity and system as well as sticking to its commitment to seek happiness for the people.

Guided by the session, the CPC will achieve greater progress in governance in the future, he said.

Amirah Kaca Sumarto, vice-chair of the young leaders' sisterhood of Indonesia's Golkar Party, said that China has managed to formulate its own system that suits its history, culture and people, and it has proved to be effective. "China is a different kind of role model compared with Western countries."